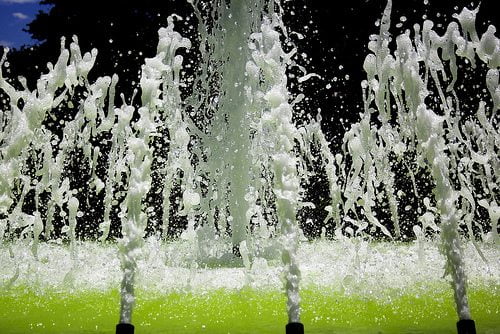 The Japanese government’s nuclear watchdog has amplified the danger levels of the radioactive water leak at the Fukushima plant, with the risks now ranked at three on a seven-tier scale.

Tokyo Electric Power Company (Tepco), the company responsible for the leak, announced on Tuesday that an “employee on patrol found water leaking from a drain valve of a tank dike in the H4 area in Fukushima Daiichi NPS.”

The incident was initially deemed as an anomaly, and level one on the International Nuclear and Radiological Event Scale (Ines), which categorises incidents of this nature based on their severity. On Wednesday however, Japanese authorities re-evaluated the incident as “serious”.

Japan’s Nuclear Regulation Authority (NRA) has described the incident as “deplorable”, and the country’s chief cabinet secretary Yoshihide Suga told Reuters that the situation was “in some respects” out of the hands of the plant’s operator Tepco.

Tepco said that it continues to monitor levels of radioactive chemicals in nearby seawater, but insists that levels are “almost unchanged from the results obtained yesterday.”

The incident is the second in as many weeks at the plant. At the beginning of August, Tepco admitted that water had breached a barrier that was previously put in place to prevent a radioactive leak. The NRA criticised Tepco, saying it could not be trusted to manage the situation by itself.