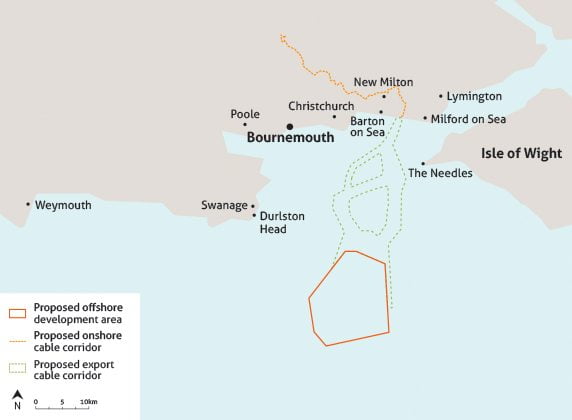 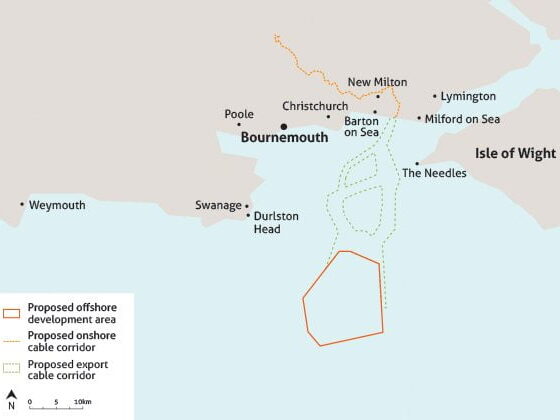 The 970 megawatt (MW) project was due to be built in the English Channel 13.4 miles off the coast from Bournemouth and 10.9 miles from the western tip of the Isle of Wight. It would have powered 700,000 homes a year.

RenewableUK’s Chief Executive, Maria McCaffery, said: “It’s deeply disappointing that Navitus Bay has been refused consent. This is a missed opportunity as it means we’re failing to capitalise on the UK’s superb offshore wind resource and the economic benefits it brings. Years of hard work and significant investment went into developing this project which could have added £1.6 billion to the economy of the region and created up to 1,700 jobs – it’s most unfortunate that that has now been lost.

“The offshore wind industry is still determined to deliver the substantial pipeline of projects in UK waters which includes more than 5 gigawatts of operational capacity and over 13GW with planning permission. We’re making good progress in driving down costs while the prices of imported conventional fuels remain volatile. We’re also bringing real economic benefits with 13,000 jobs and inward investment of over £1billion last year”.

Friends of the Earth south west Campaigner Mike Birkin said: “It’s astonishing that a major clean energy scheme has been rejected on the grounds that it may harm the Jurassic Coast World Heritage Site.  The Jurassic Coast is not designated for its scenic value, and it is hard to see how the sight of wind turbines on the horizon on a clear day could be considered damaging to it.

“The real threats to Dorset’s fragile coast come from climate change – and potentially oil and gas exploitation. Navitus Bay, which could have been the largest clean energy project in the south of England, would have played a key role in helping to counter this.

“Yet again the UK is turning its back on a major clean energy project that would have created hundreds of jobs, boosted the local economy and helped the nation to tackle climate change.”

Andy Taylor, Vice President Energy at Schneider Electric comments: “The curtailment of an infrastructure project at such a late stage is disappointing. The investment of time and resource in pre-planning and design work will have been significant, as the rights to develop this Round 3 wind farm were awarded in 2010. This curtailment could act as a hammer blow to future infrastructure projects, by sending very mixed messages to investors.

“New sources of renewable energy production must be encouraged to ensure we avoid a future energy crunch. The margin of available capacity at the National Grid sat at 6.1% in 2014 and this is set to reduce even further, raising concerns over blackouts and possible rationing in winter months. Just 9.5% of the UK’s electricity was generated by on and offshore wind in 2014. Yet, much more green energy production is possible.

“’Navitus Bay would have created a sea load of renewable energy for the south coast. All indications put the predicted figure for generated electricity at 3.0 terawatt hours (TWh) per year. That is enough to power 700,000 UK households. And, would have ensured that approximately 1,290,000 tonnes of carbon dioxide were offset.

“In proposed projects like Navitus Bay we are seeing the cost of wind production come down, which is great for the economy. New innovations in technology are now able to reduce the Levelised Cost of Wind Energy from approximately £140 per MWh, down to £100. It would be great to see a project like Navitus Bay get off the drawing board.”