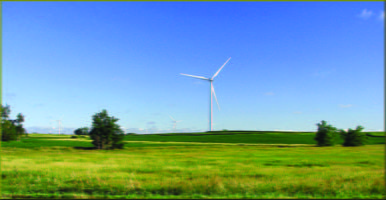 An influential House of Commons Energy and Climate Change Select Committee has published a report into “Investor confidence in the UK energy sector”.

The report focuses in particular on the low-carbon energy budget, called the Levy Control Framework (LCF). It describes how a lack of understanding surrounding the LCF is hampering investment decisions and risk assessments across the energy sector.

The Solar Trade Association and a number of solar businesses including Lightsource, Next Energy Solar Fund and Octopus Investments gave evidence to the committee as part of the inquiry’s oral evidence sessions.

Paul Barwell, CEO of the Solar Trade Association, commented: “This influential Committee has added its voice to the growing chorus of criticism of the secrecy surrounding the Levy Control Framework budget. The best way to ensure the market’s confidence and trust is to be open with what is being spent, how much is left and how you are managing and forecasting future spend. Despite six months of promises, Government has still to properly account for the apparent sudden increase in expenditure which has been used to justify the rapid withdrawal of support for the solar industry.”

“The Solar Trade Association is also calling for the Levy Control Framework to be managed accurately, so that annual spending caps change as wholesale prices go and up and down. In the real world wholesale prices have dropped far more than Government ever anticipated so the Levy Control Framework needs to adapt to this reality. The Good Energy report showed that solar saved £300million on electricity wholesale costs in 2015, a figure that will increase further in 2016.”

“Large and even medium-sized solar is now entering an investment hiatus, as the Government has taken away virtually all support for projects over 1MW in size, with no plans for future support. This is worse than just a knock to investor confidence – it is a fundamental lack of understanding of the shape of our future energy system and the vital role of solar power.”

The report also criticizes the succession of policy changes and scheme closures in renewable energy since the General Election. Solar has been particularly badly affected by these policy changes, despite delivering unprecedented cost reductions and the fact that there was no Conservative manifesto commitment to reduce support for solar prior to the election.