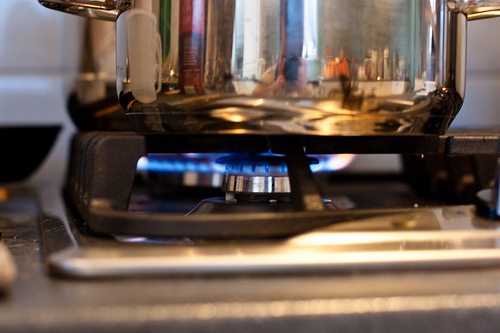 Npower has become the third of the big six energy suppliers to announce a rise in its consumer energy prices.

The energy giant’s prices will rise by an average of 10.4% on December 1 – the highest increase announced so far – affecting around 2 million customers. The average Npower annual bill will rise by £141 to £1,493, according to price comparison site MoneySuperMarket.

On the announcement, Paul Massara, chief executive of Npower, said, “I know that any increases to household bills are always unwelcome, and this is not a decision that we have taken lightly. We will continue to take steps where we can to reduce the impact of the external influences on energy bills.”

Massara, like executives from SSE and British Gas, blamed the prices rises on the government’s environmental and social schemes and the cost of buying energy.

SSE has announced price increases of 8.2% starting on November 15, while British Gas said its prices would go up by 9.2% on November 23.

Scottish Power, E.ON and EDF Energy – the rest of the big six – have not yet made announcements on their winter pricing. However, MoneySuperMarket have said that they expect these companies to follow suit.

Clare Francis, editor-in-chief at MoneySuperMarket, said, “The domino effect has really kicked in.”

She added that customers should save their money by switching providers and opting for a fixed price tariff to protect themselves from future price hikes.

“Energy prices are set to continue rising and the only way we can minimise the impact is to get into the habit of switching our energy deals regularly and seek to reduce the amount of energy we use in our homes”, Francis said.

“There are deals available promising to fix your prices for the next four winters. EDF Energy Blue+ Price Freeeeze for example, guarantees your prices until March 2017. With an average bill of £1,340 it will be £150 cheaper than the average standard bill from npower once the price rise takes effect.”

Npower’s announcement coincides with the news that the British government had reached a deal with EDF Energy over the construction of the first new nuclear power station in 25 years.

It is hoped that the facility, Hinkley Point C, will power up to 6m homes in the UK, create thousands jobs and help the UK meet its climate targets by providing low-carbon energy.

However, consumer group Which? has expressed concern that the plans could see energy bills could go up further, as the owners of the nuclear plant are being guaranteed a price for electricity.

“Rising energy bills are one of the top concerns for cash-strapped consumers, so everyone will want to be assured that the price the government has agreed for new nuclear power is fair,” said Richard Lloyd, executive director at Which?.

Meanwhile, Richard Nixon, director of Friends of the Earth Scotland, said, “This price guarantee is a blank cheque that is likely to cost UK consumers more than £100 billion over the life of any new nuclear reactors. People are already worried about their fuel bills, adding a long-term nuclear subsidy at twice today’s prices is the last thing anyone needs.”