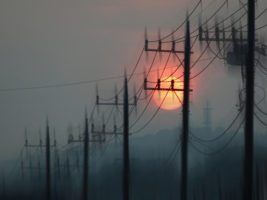 The government needs to dramatically act to decarbonise heat if the UK is to reach its legally binding targets, the new Policy Exchange report ‘Too Hot to Handle?’ says.

The report comes as the solar thermal industry remains on tenterhooks for the final Government decision on its proposed reforms to the Renewable Heat Incentive. The consultation early this year shocked the solar industry by proposing the removal of the technology despite its proven benefits and international importance.

The detailed Policy Exchange analysis, whilst containing some controversial points on the renewable heat sector, includes recommendations that the STA welcomes including; higher building standards for new build homes; VAT policy that reflects the carbon content of heating fuels; action to address the UK’s poor quality housing stock and a refocusing of resources on fuel poor homes.

The report also argues that the RHI should be technological neutral, with no technology excluded from the Renewable Heat Incentive [1]. The STA does not agree that fossil fuel technologies should be included in the RHI. The UK’s solar thermal market is highly underdeveloped compared to other countries and needs stimulus to drive future cost reductions. The UK ranks 44th internationally on solar thermal capacity per capita.

We’re pleased Policy Exchange recognise the role of solar thermal in helping to decarbonise our homes. But we disagree with any notion of dropping the UK’s renewables energy targets.

“The targets are there for good reason; the UK performs particularly badly on renewable heat as the Energy and Climate Change Committee highlighted only today. Just as Government has done with the renewable power sector, focussed investment is needed to pump-prime technologies that will enable everyone to use clean heat in their homes affordably in future. This is a vital investment for the long term.”

“We do agree that renewable heat measures should be directed more strongly to address the serious challenge of fuel poverty in the UK. Solar thermal is a particularly good match for tackling fuel poverty in social housing given its uniquely low running costs and the reductions in energy bills it can be relied on to deliver.”

Solar thermal also has a role to play in the UK’s heat networks as seen in Denmark where over 60% of the population is connected to the district heating networks and where solar thermal has increasingly played a prominent part. The scope for solar thermal to displace fossil heating in industrial process heating is remarkable. Analysis by IRENA shows that solar thermal technologies could technically provide nearly half of heat demand in the industrial sector, displacing large amounts of carbon [2]. However the report does not cover non-domestic applications of solar thermal.