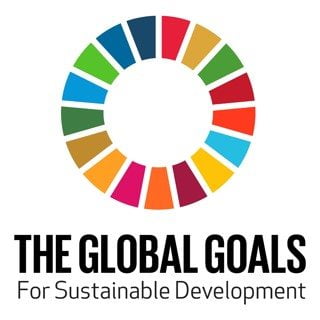 Reactions to launch of #GlobalGoals for sustainable development

With today’s adoption of the Global Goals for sustainable development, here’s the reaction from various organisations. UN Secretary-General Ban Ki-moon, writing in the Huffington post, said: “In a world beset by so many challenges, problems and disputes, it is a sign of hope that more than 150 world leaders will gather this week at the United Nations to adopt a new vision for the future well-being of all humankind.”

Christoph Frei, Secretary General of the World Energy Council said: “The adoption of energy among sustainable development goals is timely, critical and historic. Timely because we need to master the energy transition at a time of greatest uncertainty in the energy sector. Critical because we will not solve energy access or achieve energy efficiency objectives without moving the agenda from those who want to those who can. And historic, because the development community for the first time recognises the fundamental role energy is playing in the achievement of most of the other sustainable development goals.

The World Energy Council will continue to support the UN by engaging global energy leaders to create the right policy signals, to scale up new business models and to collaborate on regional integration projects that will deliver on a sustainable energy future.”

Wendel Trio, director of CAN Europe said: “With the adoption of the SDGs, we are moving into the next era of sustainable development where tackling climate change will be a pre-requisite to achieving the SDGs. The ambitions and challenges of Agenda 2030 have presented to the world the sheer urgency to combat climate change.”

“Our governments need to advance towards the Paris Summit with a clear, ambitious vision for phasing out the main cause of climate change, the burning of polluting fossil fuels, and phasing in 100% renewable energy, while increasing support to poor people to adapt to climate impacts.”

Calling on the UK Government to publish a clear plan setting out how it will implement the SDGs in the UK as well as abroad, WWF-UK Chief Executive David Nussbaum said: “For too long, governments have worshipped the false god of economic growth at any cost. The consequences – from growing inequality, pollution and climate change to the loss of half of vertebrate populations in the last 40 years – have been devastating.

“To deliver the Sustainable Development Goals, all global leaders must make the sound management of natural capital the bedrock of their domestic economic policies and work together to conserve forests and end the over-exploitation of our oceans.

“To play its part in delivering the goals on climate change and energy, the UK will need to rethink its energy strategy. Ministers must act on the Prime Minister’s commitment to phase out unabated coal, end the fixation with fracking, and abandon their baffling scepticism about the potential for energy efficiency and renewables to meet our long-term needs.”

Ban Ki-moon concluded his article in the Huffington Post with: “Just as so many people joined in the process of articulating the SDGs, achieving them requires effort from everyone, everywhere. The United Nations and I look forward to working with people across the world to bring the goals to life and to transform our world. That’s the plan; that’s the promise; let’s get to work!”