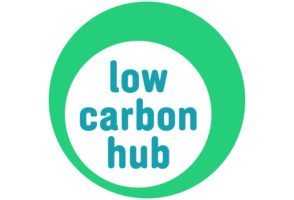 Low Carbon Hub is thinks a more local approach to energy is possible in Oxfordshire and the UK. The social enterprise, who are based in Oxford, think that using renewables in local areas could have a positive knock on effect to the rest of the country. To help raise funds for their inspiring vision, Low Carbon Hub is inviting investment in 19 new community energy projects.

The Low Carbon Hub Community Energy Manifesto, published this week, sets out their vision for a decentralised energy system for Oxfordshire, which is to be powered by small scale, community-controlled renewable energy schemes, and to be connected by a series of smart micro grids.

With a minimum investment of £250, a maximum of £100,000 and projected returns of 5 per cent, Low Carbon Hub aims to attract both small and large investors to their community benefit society, and both individuals and institutions.

Investors in Sandford Lock Hydro will help return the Lasher Weir to its historic role as a provider of clean energy and power the equivalent of 450 homes – or most of Sandford. The 18 solar PV projects will generate clean electricity on unused roof space, for both the hosts and the national grid. With these new projects included, Low Carbon Hub’s total ‘start-up’ portfolio will save 2,344 tonnes of CO2 every year, and contribute enough clean electricity to power 1321 houses.

Low Carbon Hub is three years into their plan to develop a ‘people-centred’ model of energy generation in Oxfordshire. Their past projects have included the UK’s largest community-owned rooftop solar installation (on Norbar Torque Tools in Banbury), the largest solar installation on an Oxfordshire primary school (at Orchard Fields Community School) and a pathfinding solar PV partnership with Oxford Bus Company that contributed £12,000 in community benefit funds in its first year to an insulation project in nearby Barton.

Every year, Oxfordshire spends about £1.5 billion on energy. That is roughly 10 per cent of the region’s GDP. Almost all of that money flows out of the local economy to the big energy companies that are now mainly owned by foreign companies. Many of the power stations feeding this system are coming to the end of their life, including Didcot power station in Oxfordshire.

Replacing this old infrastructure with a more decentralised system run through social enterprises would keep ownership and revenues from energy generation in local economies, supporting local jobs and the low carbon economy.

Dr Barbara Hammond MBE CEO of Low Carbon Hub, said: “Given the changes in government policy over the last year, we at Low Carbon Hub have had to be very light on our feet and work incredibly hard to secure the pipeline of 19 projects funded by our current share offer.

“With these projects we will be increasing our asset base by 400 per cent and guaranteeing we can have a real impact over the next 20 years, through the deployment of over £3.5 million of community benefit funds the projects will generate.

“We would like as many local people as possible to benefit from community-owned renewable energy in Oxfordshire. Investing in this share offer is an opportunity to do that, while also helping to shape Oxfordshire’s energy future.”

Low Carbon Hub has set out their vision for the use of their £3.5 million community benefit fund in the Low Carbon Hub Community Energy Manifesto. The chapter ‘10- points for change’ outlines what the community energy sector needs from Government to meet the commitments the UK made in Paris last year.

To see projects to be funded by this share offer, or to invest in it yourself, visit the website. Investments are via Ethex, the positive investment platform.

Jonathon Porritt CBE, Co-founder of Forum for the Future said: “Low Carbon Hub in Oxford is one of the most important community energy organisations in the UK. It’s poised to start a real revolution in the way we develop and use our energy.”