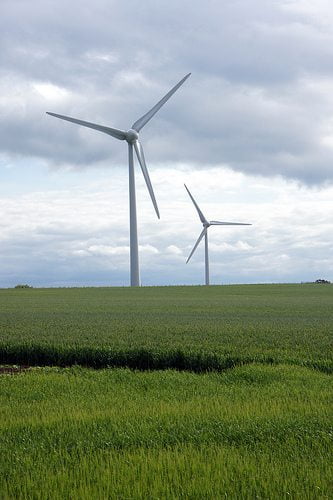 The cumulative capacity of wind energy connected to the EU grid reached 129GW last year, matching 8% of European electricity demand, the equivalent to the combined annual consumption of Belgium, the Netherlands, Greece and Ireland.

According to report published by the European Commission Joint Research Centre report, the impressive growth of the industry will allow at least 12% electricity share by 2020, a significant contribution to the goal of the European energy and climate package of 20% share of energy from renewable sources.

The 2014 JRC wind status report presents the technology, market and economics of the wind energy sector with a focus on the EU. Wind power is the renewable energy which has seen the widest and most successful deployment over the last two decades, increasing the global cumulative capacity from 3 GW to 370 GW.

With 23.2 GW of new installations and a market share of 44%, China is well ahead of EU’s member states which together installed 13.05 GW. The EU however still leads in cumulative capacity and its 129 GW onshore and offshore wind installations, allowed six countries – Denmark, Portugal, Ireland, Spain, Romania and Germany – to generate between 10 and 40 % of their electricity from wind.

European turbine manufacturers accounted for 78% of the non-China world market in 2014. In a context of high competition and diminishing turbine prices, manufacturers managed to improve their balance sheet thanks to better cost management and reduced raw materials costs. The cost of generating wind energy continues its downward trend, highly favoured by a reduction in the cost of project financing

The 20% share of EU energy consumption from renewables is part of the so-called “20-20-20” climate and energy targets for 2020, which also foresee 20% reduction in EU greenhouse gas emissions from 1990 levels, and 20% improvement in the EU’s energy efficiency.

Research on the status and deployment of renewable energies supports the European Commission’s strategy for secure, affordable and climate-friendly energy – the Energy Union. The strategy, launched in February 2015, is based on solidarity among member states when confronted with energy supply disruptions, better connected energy market with free flow of energy across borders, improved energy efficiency that can be counted as energy source and lasting transition to low-carbon society.

Wiser energy use while fighting climate change is both a spur for new jobs and growth and an investment in Europe’s future.