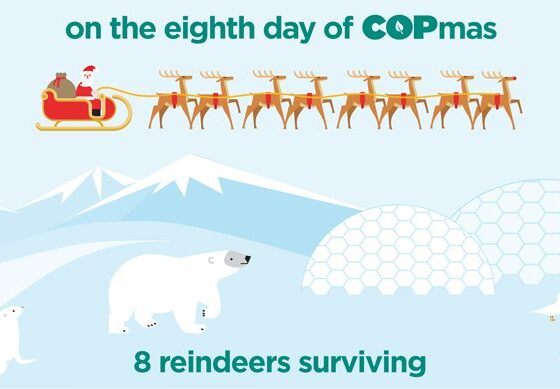 Humans are becoming ever more dominant in the natural world and unfortunately, we often expand at the expense of the planet’s biodiversity.

Although it is difficult to determine to any degree of accuracy, a number of scientists claim we are in the middle of the 6th mass extinction era caused predominately by human activity. The rapid loss of species we are seeing today is estimated by experts to be between 1,000 and 10,000 times more than the naturally occurring extinction rate.

Habitat destruction, introduction of invasive species, over exploitation, agricultural mono cultures and latterly man-made climate change are compounding problems which are creating this crisis. In fact, all the creatures featured in our north pole illustration above are endangered species – yes even Santa’s reindeers.