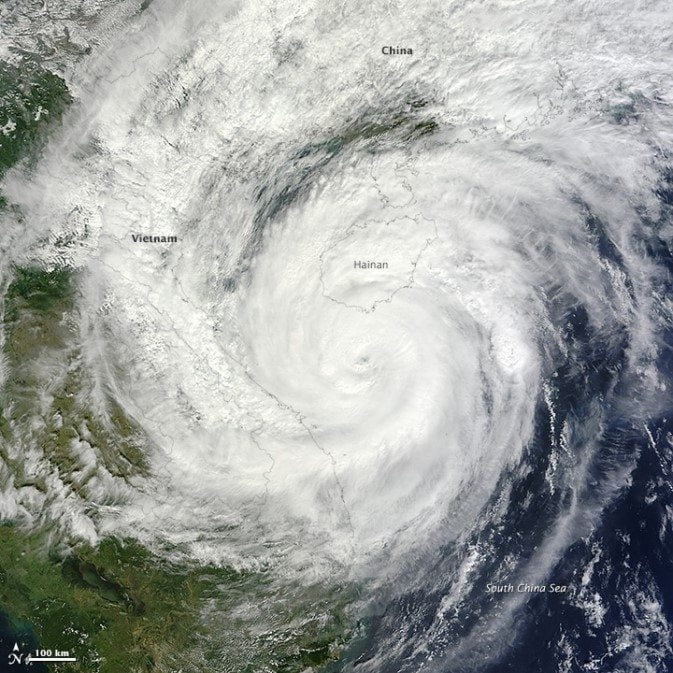 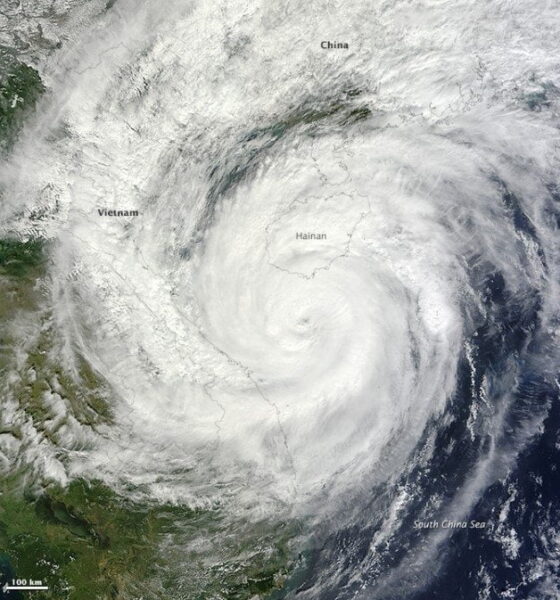 Despite heavy rainfall, 20,000 survivors of Super Typhoon Yolanda (also known as Haiyan) marched at ‘ground zero’ days before the second anniversary of the world’s most powerful typhoon to ever make landfall, only comparable to the recent ‘Patricia’. The march intends to hold the administration of President Noynoy Aquino accountable for the continuing injustices two years after the typhoon.

A study by the Ibon Foundation noted how the private interests in the rehabilitation programs concentrated in 24 areas deemed profitable for reconstruction. Reconstruction Assistance under the ‘adopt-an-LGU’ (local government unit) scheme ended up distributing the coastal development clusters among magnates of big corporations, while neglecting 54 remote and interior municipalities and cities affected by Yolanda.

The survivors’ march capped a week of climate actions across the country that aimed to raise public awareness and register opposition to various climate issues.

During the recent All Saints Day and All Souls Day last November 1 and 2, People Surge solemnly remembered their dead at the unmarked mass graves. Haiyan victims and other young survivors such as Jefferson Custodio, killed later by suspected military agents for actively supporting efforts of People Surge to bring aid to their fellow survivors and demanding accountability from the national government in the process.

On November 4, a picket action led by the scientist group AGHAM, the Kalikasan People’s Network for the Environment (Kalikasan PNE), the climate action group 350.org Philippines, and the consumer alliance POWER raised the ‘dirty lies of energy privatization hidden by climate rhetoric’, with a demonstration outside the Asia-Pacific Economic Cooperation (APEC) Climate Change Symposium in Crowne Plaza, Pasig City.

That same day, around 200 participating leaders and advocates gathered in the First People’s Environmental Conference (PEC) to discuss the current climate situation and come up with a common people’s platform to campaign for genuine climate solutions. Participants expressed their support to the Haiyan survivors’ action a day before the big march on November 5.

Diverse groups continue waving the banner of Haiyan survivors on the lead to the COP21 as they mobilize their ranks for the Global Climate March on November 29. Among the organizations reported to be mobilizing on the upcoming global day of action is the Roman Catholic Church of the Philippines.

Zeph Repollo, Campaign Coordinator of 350.org Philippines, said: “We cannot afford another Haiyan-like disaster. We hope that COP21 will not be adding more insult to the injuries of Haiyan survivors. The failure to act on a crisis where people’s lives are at stake is another form of criminal negligence. We urge world leaders in Paris this December to remember their responsibility and come up with a climate agreement ensuring 80% of known fossil fuel is kept underground.”