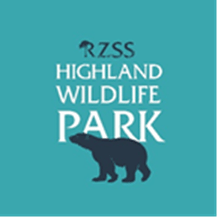 Arktos and His Girl Next Door

The next stage of polar bear breeding has taken place at RZSS Highland Wildlife Park, with a successful introduction between Victoria and Arktos.

Press are invited to photograph and film the two polar bears living happily together in the same enclosure at 11am on Tuesday 22 March 2016. Interviews will also be available.

On Tuesday last week, Arktos travelled the short one mile distance across RZSS Highland Wildlife Park to move one step closer to Victoria. Arktos spent the first few days in an enclosure adjacent to Victoria whilst keepers monitored their behaviour. The two bears instantly showed their interest by following each other around on either side of the fence, interacting through the fence and sleeping side by side. On Saturday, the two bears were successfully introduced into the same enclosure after keepers witnessed that all the necessary courtship behaviours were present.

The two bears are getting along extremely well, following each other everywhere and spending every moment of their time together. In another week or two, emulating what would occur naturally in the wild, Victoria will make it clear to her keepers that she is ready for her new male companion to leave and Arktos will re-join Walker in the male polar bear enclosure at the other side of the Park.