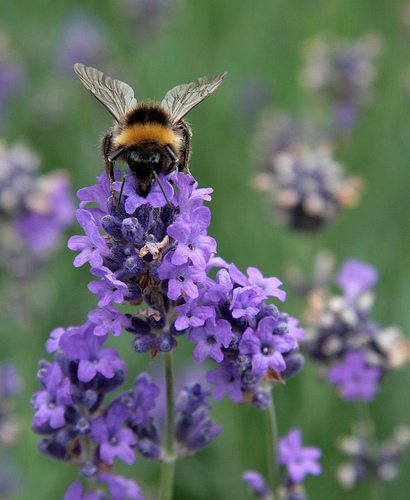 Bees can face high levels of stress caused by pesticides, which can prevent colonies from working properly, according to a new study.

Scientists from the Royal Holloway University have discovered that even low levels of neonicotinoid pesticides can affect the way bees work for their colonies, increasing stress and potentially leading to colony failure.

Lead author Dr John Bryden from the School of Biological Sciences at Royal Holloway said, “One in three mouthfuls of our food depend on bee pollination. By understanding the complex way in which colonies fail and die, we’ve made a crucial step in being able to link bee declines to pesticides and other factors, such as habitat loss and disease which can all contribute to colony failure.”

He added, “Exposing bees to pesticides is a bit like adding more and more weight on someone’s shoulders. A person can keep walking normally under a bit of weight, but when it gets too much – they collapse. Similarly, bee colonies can keep growing when bees aren’t too stressed, but if stress levels get too high the colony will eventually fail.”

The research – partly funded by the Insect Pollinators Initiative – strengthens the theory that neonicotinoids are contributing to the decline of pollinators. This category of pesticides has been banned by the European Union, starting from December.

Co-author of the study Dr Nigel Raine commented, “Pesticides can have a detrimental effect on bees at levels used in the field. Our research will provide important evidence for policymakers. The way we test pesticides, the way we assess their impact on bees, and the way we manage pesticides can all be improved.”