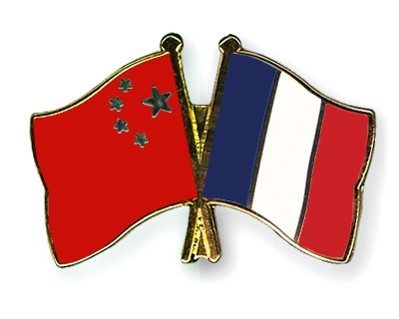 French President Francois Hollande has met with Chinese Premier Xi Jingping in Beijing. Hollande has consistently made climate change a core concern of his bilateral and multilateral visits since formally taking up the COP21 Presidency.  This meeting is timely given the build up to the G20, and China’s role as G20 President in 2016 as well as one of the last set of bilateral between core emitters ahead of COP21.

Greenpeace China Climate Policy Advisor, Li Shuo said:“Exactly four weeks before world leaders convene in Paris, it is encouraging to see the ball rolling and diplomacy nudging us a small step forward. Moreover, with the recent decline in coal consumption and robust renewable energy development, China is positioning itself at the front of climate leadership. This is drastically different from six years ago in Copenhagen.

“However, for Paris to be a success, a far bigger stretch is needed. After waving goodbye to President Hollande tomorrow, Chinese leaders need to think hard about what more to bring to the table when they see him again in Paris at the end of this month.”

The bilateral agreement made great strides to securing a range of commitments that bring us closer to an effective agreement in Paris.  These include:

– Agreement that Paris shall include provisions for parties to formulate, communicate, implement and regularly update their nationally determined contributions – this places increasing pressure upon countries such as the US and India to seek more robust positions on anchoring their INDCs within the Paris Agreements

– Agreement that Paris shall include provisions for parties to support a regular stock take every five years in a comprehensive manner of overall progress made towards reaching the agreed long-term goal.  The results of this Stocktake will inform parties in regularly enhancing their actions in a nationally determined manner – this forms an essential component of the ambition mechanism to provide the long-term goal with teeth

– Both countries commit to a substantial increase of their respective public investments in low-carbon energy technology research, development and demonstration (RD&D) by 2020 and agree to further explore opportunities for jointly developing cooperative projects in areas of mutual interest