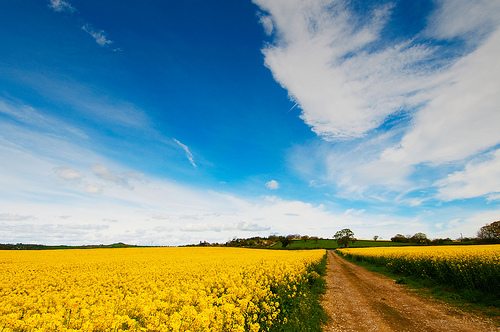 The government has launched a consultation on how to spend £20 billion of subsidies for rural development over the next seven years.

The Department for Environment, Food and Rural Affairs (Defra) is collecting opinions on how to direct EU funds as part of the Common Agricultural Policy (CAP) in a way that can benefit both farmers and the environment.

Farming minister George Eustice said, “The UK ensured that we have choices in how we implement the Common Agricultural Policy, rather than having to work with a one-size-fits-all approach from the European commission.

“This gives us the flexibility to target funding in ways that will deliver real benefits to the environment, boost the competitiveness of our farming industry and grow the rural economy. It’s vital that the new system is designed with the input of the people whose lives it will affect.”

Defra is considering transferring up to 15% from the budget for payments made directly to farmers to protect the environment and wildlife, for instance through the creation of pollinator shelters.

But the loss of direct payments has disappointed the farmers’ lobby. National Farmers’ Union (NFU) president, Peter Kendall argued, “English farmers are already significantly disadvantaged in comparison with their near neighbours in the EU.”

However, the announcement has upset environmentalists, too, who claim that the 28 days allowed for the consultation will not be sufficient to decide over such complex issue.

Helen Perkins, living landscape development manager at the Wildlife Trust, said that farmers had done a great job restoring wildlife areas over the past few years.

“We need to make sure that all this good work is sustained, but also we now need to see farming with nature mainstreamed – with environmental standards raised on every farm so that exemplary environmental practices are not restricted to pockets of the countryside”, she said.