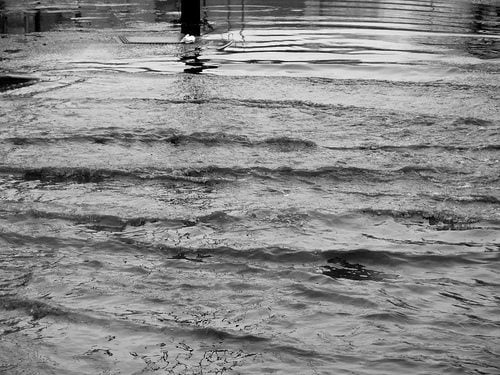 Three million properties in England are at risk of flash flooding, according to flood maps published by the Environment Agency on Thursday.

An extra 2.4m are threatened by flooding from rivers and the sea, and with one in six households across the country at risk, people are being urged to use the new maps to see if their home is among them.

It is the first time flood maps of this kind have been made available to the public, and Paul Leinster, chief executive of the Environment Agency, says they are “amongst the most comprehensive in the world”.

The move comes a week after the east coast of England felt the brunt of the most powerful storm surge to hit the isles for six decades. The surge was caused by a low-pressure system combining with strong winds and an unusually high tide.

Experts say that water levels in some areas were higher than during the North Sea flood of 1953, which killed 307 people in England, but flood defences have been much improved since then.

“Last week’s storm surge brings into sharp focus how important it is that people know if they could be affected by flooding”, said Leinster.

“Being prepared can save lives, homes, personal possessions and businesses.”

Flash flooding, also known as surface water flooding, occurs when intense rainfall overwhelms drainage systems. Previous figures estimated that around 3.8m properties were at risk of flash flooding, but these new models have revised that figure to around 3m – with 10 Downing Street among them.

The government is currently working on a new insurance deal, Flood Re, which aims to ensure insurance remains affordable for people living in high risk areas. However, critics have warned the scheme does not take into account those at risk of flash floods, or those who will become at risk due to future climate change.

Friends of the Earth climate campaigner Guy Shrubsole said this was “astonishing”.

“MPs must take action by insisting that the government fixes its flawed insurance scheme, invests properly in flood defences and does more to cut carbon emissions”, he argued

An Environment Agency report, published in November, found that flooding cost the UK £600m in 2012, and affected 70,000 properties.