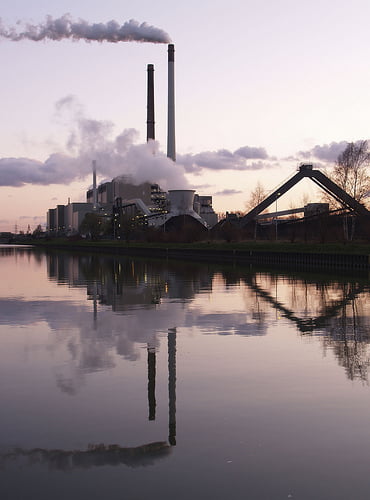 According to statistics compiled by the European Environment Agency (EEA), greenhouse gas emissions from the European Union increased by 2.4% in 2010 – despite strong global measures put in place to prevent climate change.

The news arrives after scientists warned that global emissions must not continue rising after 2020 if we are to stand any chance of avoiding the potentially irreversible effects of climate change.

The rise in emissions in 2010, totalling an equivalent of 111 tonnes of carbon dioxide, is said to be the result of an abnormally cold winter in 2009, causing a surge in people reaching for the radiator switch.

In addition, the rise was fed by a society on the verge of economic recovery (GDP grew by 2% in the EU in 2010), as many European countries emerged slowly out of a major recession.

The increase appears as a backward step in terms of the energy efficiency policies, and certainly distracts from Europe’s commitment to cut carbon emissions by 2020. However, the report does materialise alongside the important note that the EU saw a 7.3% decrease in carbon emissions between 2008 and 2009.

The statistic is just a slice of what could have been, with the figure being somewhat contained by the continuing growth of renewable energy sources. The EEA noted that, in 2010, the use of renewable energy expanded by 12.7 %, playing a vital role in stifling the threat of rising carbon emissions.

Jacqueline McGlade, executive director of the EEA, said “Emissions increased in 2010. This rebound effect was expected as most of Europe came out of recession. However, the increase could have been even higher without the fast expansion of renewable energy generation in the EU.”

Despite the results of EEA’s report, the 15 member states committed under the 1997 Kyoto Protocol sustained, in 2010, a level of greenhouse emissions 11% below that of the Protocol’s base year. The EU is continuing on the right path to achieving targets laid down under the Protocol, the only international agreement that conditions cuts in greenhouse gases; but are the rises outweighing the falls?

Along with a valued increase in the use of renewable energy sources, we are also seeing the total consumption of gas soaring. The illusions of a ‘golden age of gas’ materialising, alongside attempts to rebrand the fossil fuel as a ‘low-carbon’ alternative, means that support that could otherwise be awarded to the renewables industry is diverted, neglecting the most promising efforts to combat climate change.

The UK Government faced a hearing in the Court of Appeal yesterday for failing to protect the public from illegal levels of air pollution. In December 2011, ClientEarth called upon the government’s failure to meet standards laid down to cut pollution levels, and to comply with EU limits on levels of nitrogen dioxide.

James Thornton, ClientEarth CEO, said: “The Government is failing to act to tackle Britain’s air pollution crisis – by its own admission the UK won’t meet legal air quality standards until 2025.

“That’s why we are asking the court to step in. We need a clear and credible plan to clean up the vehicles that are choking Britain’s roads.

“While people are dying, the Government is fighting against its legal responsibilities in the courts and lobbying to weaken the laws which are in place to protect our health. Two months before the Olympics, this is nothing short of a national disgrace.”

It is true that while the EU makes gradual progress in meeting its Kyoto target, the long-term, steady trend for improvement is often punctured with crucial pitfalls which might, with Governmental support and responsible investment, be avoided.