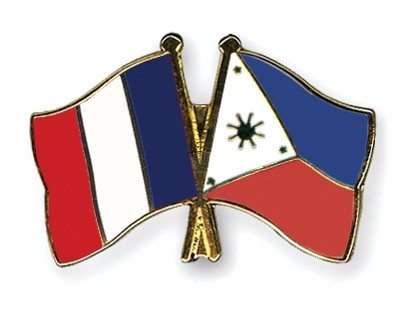 Last Wednesday at the UN climate negotiations in Paris, leaders from France, the Philippines and Conservation International (CI) gathered to sign a grant agreement that will bring 1.5 million Euro to build ecosystems and community resilience in the central Philippines over the next four years.

The agreement was signed at Le Bourget by Francois-Xavier Duporge, General Secretary of FFEM (Fonds Français pour l’Environnement Mondial) and Peter Seligmann, Chairman and CEO, Conservation International and witnessed by H.E. Ségolène Royal, Minister of Ecology, France and Secretary Nereus Acosta, Presidential Adviser for Environmental Protection, Philippines, who affixed their signatures to the grant agreement. Kicking off in late 2015, the project will protect the Municipality of Concepcion (Iloilo) and will be managed jointly by CI-Philippines and the Biodiversity Management Bureau of the Department of Environment and Natural Resources in the Philippines.

The project supports the development of “green/gray infrastructure,” meaning a combination of natural defenses — such as mangroves — and man-made structures — like coastal armoring and small levees. This two-pronged approach outlined for the grant is crucial: 70 percent of Filipinos depend on agriculture and the oceans, said Philippines Environmental Secretary Nereus Acosta; “The only social security they have is nature.”

Two years ago, just before the UN climate talks in Warsaw, Typhoon Haiyan (known locally as Yolanda) devastated the Philippines, killing more than 6,000 people and displacing millions more. The Philippines was particularly vulnerable: Much of the country’s mangrove forests, which would have helped buffer communities from the storm surge, had been cleared to create fish ponds to provide food. Coastal areas, like Concepcion, were hit especially hard.

“To observers in Warsaw two years ago, Haiyan’s exceptional strength was a symptom of a changing climate,” said Enrique Nunez, Executive Director, CI-Philippines. “Combining the strongest elements of nature and man-made technology will bolster our nation’s ability to face the uncertainties of climate impacts in the future.”

Typhoon Haiyan’s devastation underscores the need to act now, according to Conservation International Chairman Peter Seligmann: “We’re in a moment when nations across the globe are feeling the impact of great storms, droughts, increased tides,” he said. “This is a moment when vulnerable nations need the help now. It’s not a matter of the future, it’s immediate.”

Conservation International believes that nature is at least 30% of the solution to climate change. By employing a mix of natural defenses such as mangroves and man-made structures like coastal armoring and small levees, the Philippines will both protect both nature and itself in a changing climate.