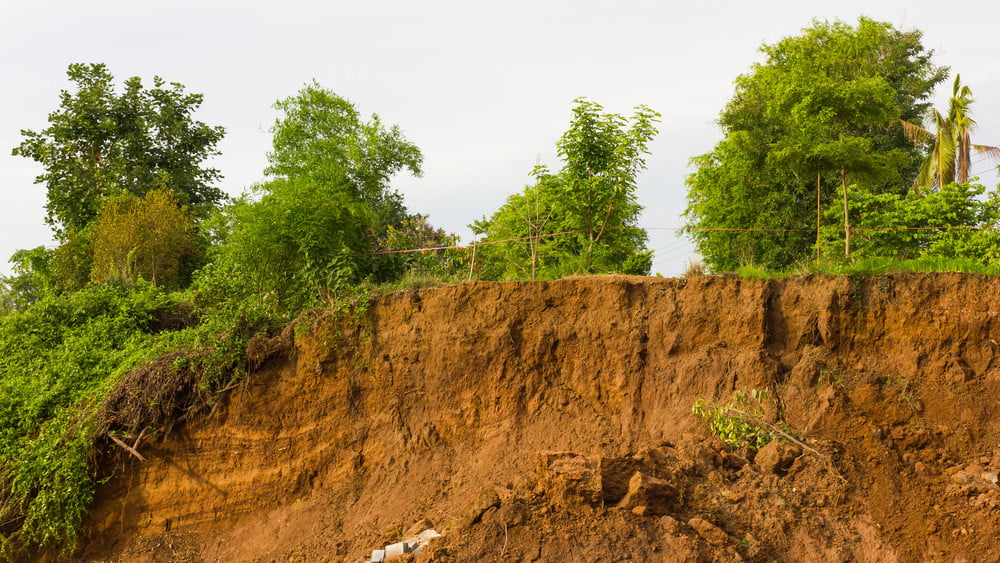 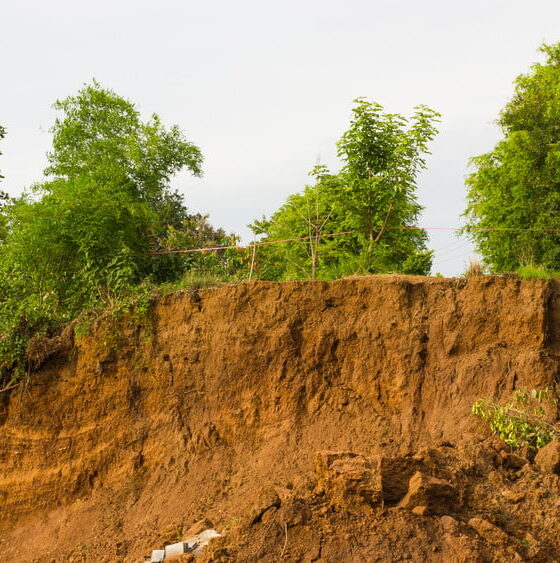 Over the course of the past 150 years, we’ve lost approximately half of the Earth’s topsoil due to erosion and degradation. This statement may not sound like a big deal — you can find soil everywhere, right? Topsoil is special. If we think of topsoil as something similar to the Earth’s skin — protecting underlying vitals and housing an infinite number of species — its importance becomes clearer. These topsoil species make up an integral, complex ecosystem that is among the most precious resources to all life on this planet.

Erosion is a natural occurrence and, under natural circumstances such as rain and wind, topsoil maintains itself. However, our increasing demand for agriculture results in forests and plains forced to transition to farm fields, left vulnerable to accelerated erosion, and unable to keep up. In addition to the degradation of previously fertile land, soil erosion can lead to flooding and pollution from toxic runoff in waterways. Sedimentation, in addition to clogging natural sources of water, increases algae growth. Elevated algae levels remove too much oxygen from the water for local aquatic life to sustain, resulting in a decline in various populations of species.

The effects of soil erosion aren’t limited to forests and agricultural fields. They extend into residential and commercial areas as well, compromising water quality and the stability of the structures and roads supported by the underlying soil. Windblown soil particles are also easily inhaled and can impact human and animal health. Take steps today to learn more about soil erosion and its effects.

Scientists Give Dire Warnings Over Erosion

While standing in front of the upcoming Soil Conservation Day (July 7), expert Roberto Casas warned that 35% of Argentina’s territory (some 100 million hectares) is adversely affected by processes of water and wind erosion.

One of the most significant challenges humanity has faced throughout history is the degradation of natural resources and mainly the degradation of cultivated soils. This correlation is very well summarized by René de Chateubriand when he expressed that “forests precede civilizations, deserts follow them”. In vast regions of Argentina, worsening soil erosion has been observed and is raising concerns, mainly as a result of changes in soil use, simplification or lack of rotations and overgrazing in dry regions.

In the humid and sub-humid Pampean region, the abandonment of crop rotation has generated negative consequences in the increase of soil erosion, the balance of organic matter, fertility and water efficiency. In the Patagonian and western dry regions, overgrazing, deforestation and the use of fire in pastures and dry forests, together with other anthropogenic activities, such as oil and mining, have contributed to increase erosion and pollution processes in these regions, as part of a wider and more complex problem such as desertification.

In some areas, the soil shows symptoms of desertification caused by wind erosion. It is estimated that 35% of the Argentine territory is affected by processes of water and wind erosion, which represents about 100 million hectares in total. When analyzing the global data of the estimation of water and wind erosion corresponding to 2015, a growth of 80% is observed with respect to the one carried out in 1990. This is a very important increase in erosion processes, which are hurting the sustainability of current production models. Water erosion is the worst cause over the last quarter of a century. It has doubled to cover 35 million hectares, while the growth of wind processes was somewhat lower, although important in absolute terms (13 million more hectares of eroded soils).

Water erosion is a consequence of the lack of agricultural rotations. As for the causal factors of soil erosion and degradation at regional level, depending on the relative importance for each region, it is concluded that for the NOA and NEA regions, the main causes are the clearing and expansion of the agricultural frontier, change of soil use, simplification of rotations, overgrazing, and inadequate tillage. In the Pampas region, changes in land use, simplification of rotations and agricultural intensification are mentioned. For the Cuyo region, the most important causal factors are poor irrigation management, overgrazing, and mining. In Patagonia, overgrazing, oil activity, pasture and forest fires are mentioned as the main degradation factors.