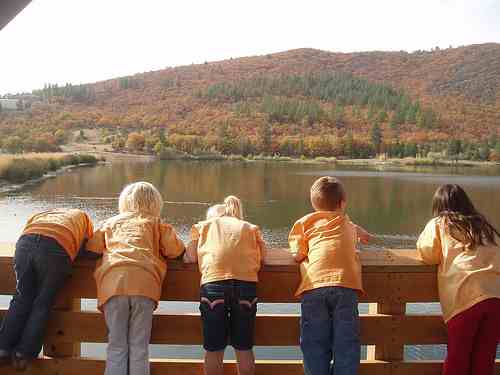 Parents should give their children alternative Christmas gifts and let them spend the festive period outdoors, according to the Wild Network.

The organisation, which works to reconnect young people with nature, involves a number of environmental and outdoor organisations such as the National Trust, RSPB and the Scouts.

It has proposed an alternative Christmas list, which contrasts with one recently unveiled by the Toy Retailers Association, whose list of dream toys for 2013 include a robotic fish, a toy gun, Furbies and the InnoTab 3S tablet.

“We think getting outdoors on Christmas Day beats getting a robotic fish in your Christmas stocking”, the campaign said.

“The ideas are cheaper, more sustainable and way more fun than anything on the official list.”

One of the gifts listed is, “Your time: it’s hard to wrap up, but spending time outdoors with your family this Christmas and throughout the year is the most valuable gift you can give.”

A recent survey by conservation charity RSPB revealed that only one in five UK children has a “realistic and achievable” connection to the natural world, meaning that they enjoy being outdoor and observe the natural world.

However, research published in July suggested that young people – particularly teenagers who have lived through the recesesion – are more aware of environmental and social issues than adults or elderly people.

Another study recently showed that three-quarters of children aged 5-16 now own their own computer and use the internet for two hours a day on average, more than five days a week.

Only 21% of British children ‘connected to nature’