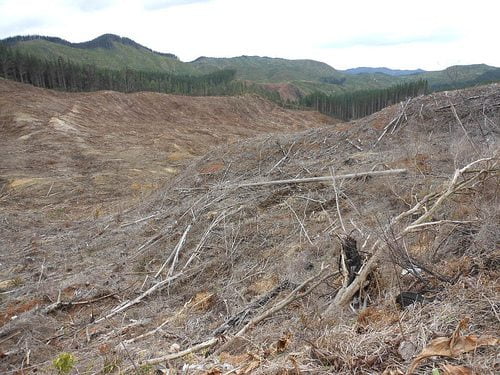 A new platform has launched with the aims of giving decision makers, investors and consumers more information on how companies are tackling deforestation and living up to the pledges they have made on the issue.

The platform follows the Forest 500 rankings, which identifies, ranks and tracks companies, investors, jurisdictions and other organisations that could work together to eliminate tropical deforestation. Those included in the list were ranked on deforestation commitments and policies. The latest report aims to assess how realistic these commitments are and if organisations are sticking to them.

The platform has been launched by the Forest Trends initiative Ecosystem Marketplace, in collaboration with the WWF and DCP. Forest Trends explains that every year the Earth loses more than 6 million hectares of tropical rainforest, and two-thirds of it goes to meet demand for palm oil, soybeans, beef and wood products.

The new platform, Supply Change, allows users to track the actions that companies are reporting against the promises they have made in near real time. A report published to coincide with the launch finds that companies worth nearly $4 trillion (£2.7tn) have promised to reverse their role in deforestation, with at least one-third of these pledge made last year, nearly doubling 2013’s announcements.

Furthermore, the report notes that corporate leadership has a multiplier effect, with one commitment from a major retailer spurring three more commitments from suppliers, suggesting that this year will see the issue rise further up the agenda.

Michael Jenkins, Forest Trends founding president and CEO, said, “Transparency though public disclosure is a valuable tool for the world to gauge the corporate community’s progress in eradicating deforestation from key agricultural inputs. These new relationships that underline Supply Change harness the strength of our complementary skills to provide investors and other decision makers with free access to information that will accelerate the transition to a zero-deforestation economy.”

A separate study recently linked EU imports to illegal deforestation, with the UK being among the largest consumers of good highlighted in the research. It is estimated that in 2012 the EU imported €6 billion (£4.2bn) of soy, beef, leather and palm oil that were grown or reared on land illegally cleared of forest in the tropics, representing almost a quarter of total world trade.

Jason Clay, senior vice president of markets at WWF, commented, “We believe that consumers should only have sustainable choices. To accomplish this, we need to completely rethink the way products are made, from the bottom up.