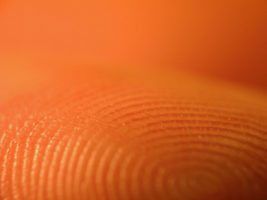 Scientists have found an inexpensive way to help monitor the safe storage of carbon dioxide captured from power stations and industrial sources.

Their work will help the development of Carbon Capture and Storage (CCS) technology, in which CO2 from power stations and industrial sources is held deep underground, to prevent emissions of this greenhouse gas from contributing to climate change.

In the first study of its kind, researchers have discovered that CO2 captured from power stations and industrial sites will have a distinctive chemical fingerprint, depending on its source. This allows it to be distinguished from other CO2 present near storage sites, such as groundwater or naturally occurring CO2 given off by plants and bacteria.

This means that CO2 being injected deep underground does not need to have expensive chemical tracers added, in order to monitor that it is effectively contained.

Researchers from the University of Edinburgh found that the natural fingerprint of captured CO2 depends on the fuel producing the gas – such as coal, oil, natural gas or biomass – and the technology being used to capture it before it is injected for underground storage.

By comparing the chemical fingerprints in the captured CO2 with those in geological storage reservoirs and drinking water aquifers, they have been able to show that the fingerprints can be easy to identify and distinguishable from natural sources of CO2.

The study, published in Environmental Science and Technology, was supported by the Engineering and Physical Sciences Research Council.

Dr Stephanie Flude, of the University of Edinburgh’s School of GeoSciences, who led the study, said, “Defining these natural fingerprints in captured CO2 will simplify the monitoring of geological CO2 storage sites.

This method is inexpensive as it removes the need to add additional expensive artificial tracers to the CO2 being stored.

Dr Stuart Gilfillan, also of the School of GeoSciences, the study co-ordinator, said, “There has been a pressing need to identify a means to distinguish CO2 to be stored from that already in the subsurface to help CCS deployment. Our study shows that natural fingerprints in the captured CO2 are unique and depend on the capture technologies being used. This paves the way for natural fingerprints to be used to track the CO2 once it is injected underground for storage.”