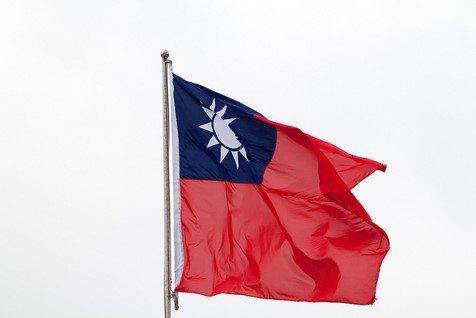 Taiwan now has six months to bring its fisheries management and vessel control policies in line with international law, or it risks a red card blacklisting. A red card would mean an import ban on fisheries products to the EU, the world’s largest market for fisheries products. The resulting economic loss from such a ban could be as high as €13 million.

Taiwan exports more than half of its US$3.38 billion fisheries production, with more than 90% of tuna going to the US, Japan and other countries. Even though Europe is not a key export market, Taiwan’s international reputation could be threatened if it does not urgently improve its fisheries management. Taiwan also risks other key markets following the EU sanction.

“The yellow card highlights that Taiwan’s fisheries management does not comply with international requirements. Too often, Taiwan’s Fisheries Agency has let off or played down IUU cases. This cannot go on being tolerated,” said Yen Ning, Greenpeace East Asia oceans campaigner.

Taiwan has the biggest tuna fleet in the Pacific, and with 1200 small boats, mainly fishing on the high seas, regulation, monitoring and surveillance are a massive challenge. The fishery is out of control, and as profit margins fall, the industry is increasingly reckless and ruthless, breaking the law and exploiting fishermen.

Taiwan has already faced international sanctions, with a 70% cut to its bigeye quota and a reduction of 160 large-scale longliner vessels in 2006, but there have been no lessons learned. The Taiwanese flagged vessel, Yu Fong 168, has been on the Western and Central Pacific Fisheries Commission IUU list since 2009, simply because Taiwan’s Fisheries Agency has no clue where the vessel is.

Following their yellow carding, Cambodia, Guinea and Sri Lanka were red carded by the EU when they failed to show improvement, or increase cooperation, in the fight against IUU fishing. As a consequence, fisheries products caught by their vessels can no longer be imported to the EU.

South Korea, one of Taiwan’s key tuna fisheries competitors, was issued a yellow card by the EU in 2013, but after largely revising its distant water fisheries management and increasing penalties for illegal fishing, the card was withdrawn.

“Taiwan has a choice. Taiwan’s fisheries problem is too many boats and too little control. Taiwan must clean up its fisheries management, or risk the international disgrace and economic consequences of a red card,” said Yen Ning.