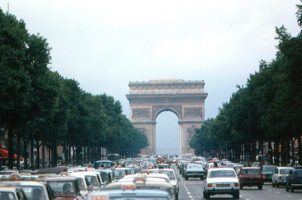 Director of the Energy and Climate Intelligence Unit (ECIU) has commented on the news that ratification of the Paris Agreement has been approved my EU Ministers in the European Union [1].

He said that the speed at which the deal is being approved is ‘truly remarkable’.

“Be in no doubt: the speed at which the Paris Agreement is set to enter into force is truly remarkable. It’s striking not only in the context of global climate talks, which for so many years moved at glacial pace – it’s very unusual for Governments to bring any major treaty into force in less than a year,” he said.

“It’s tempting to say that this breakneck speed is the result of signals from the natural world, such as having 16 straight months of record-breaking temperatures and the final refutation of the ‘global warming pause’ narrative. But another equally important factor is in many nations, led by China, a clean energy revolution is taking off driven by economics as well as climate concerns – which makes cutting emissions much easier.

“Currently the pledges governments made at Paris aren’t strong enough to keep global warming well below 2 Celsius, the target that governments adopted. But the Paris deal contains measures to ‘ratchet up’ national commitments, and its astoundingly quick entry into force raises the prospects of tighter emission cuts down the line that could yet steer the world away from dangerous climate change, as the majority of citizens globally want.”

Responding to the news that EU ministers have today approved the ratification of the Paris Agreement by the European Union at an extraordinary meeting of the Environment Council in Brussels Stephanie Pfeifer, CEO of the Institutional Investors Group on Climate Change, a forum representing 128 European investors managing over €13 trn in assets, said:

“ The Paris Agreement sends an unequivocal market signal that will transform the future direction of the global economy towards an era of huge opportunity for investors in renewable energy, energy efficiency, infrastructure and other areas. Across the world institutional investors in all parts of the Global Investor Coalition will warmly welcome the news that the EU Council has reached an agreement today sufficient to ensure the bloc can deposit its ratification instrument before Member States have completed their own procedures. This is a historic moment for the EU but must now be followed by swift action to implement the comprehensive raft of policy measures and regulatory change required to ensure climate action and risk disclosure are placed front and centre of efforts by all Member States to secure strong, sustainable, inclusive growth in a world where we curb global warming to less than 2C and stabilise emissions by 2050.”