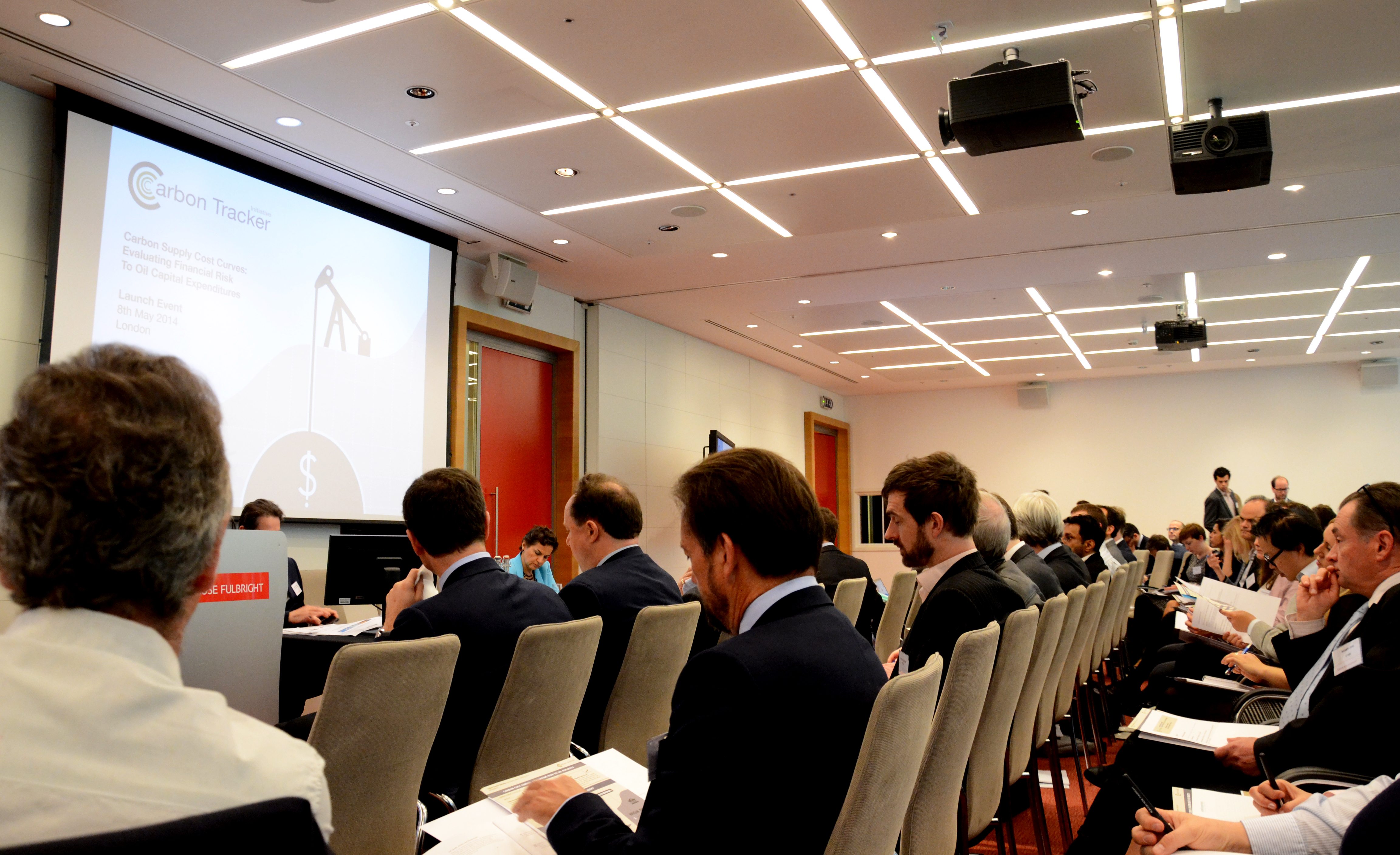 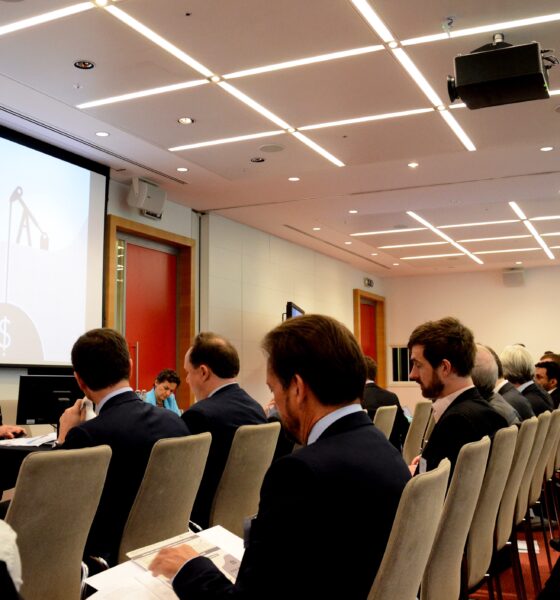 The Carbon Tracker Initiative says some $1.1 trillion of oil investments make “neither economic nor climate sense”. Investors would do well to act upon this stark warning, writes Ilaria Bertini.

Financial thinktank the Carbon Tracker Initiative (CTI) presented on Thursday a new report that highlights the environmental and economic risks of carbon-intensive oil projects. This builds on its flagship study, Unburnable Carbon, which estimates that as much as 80% of all known fossil fuel reserves need to be left in the ground if we want to avoid global warming of more than 2C.

The latest report, Carbon Supply Cost Curves: Evaluating Financial Risk to Oil Capital Expenditures, is the first of a new series on fossil fuels investments, looking closely at the financial and climate implications of oil, gas and coal – and the role of private energy companies in a low-carbon future.

The launch of the study was introduced by the UN’s climate chief Christiana Figueres, at an event in London.

Figueres, the executive secretary of the UN Framework Convention on Climate Change (UNFCCC), said, “Some say there is a binary choice between climate action and economic growth. Others say a highly complex set of factors economically determines what action can be taken based on the outdated thinking that development depends on increasing fossil fuel use.

“I believe these interpretations fall short because the fundamental value proposition has changed. Now, stable future growth depends almost entirely on a drastic decrease in the use of fossil fuels.”

She added that the CTI’s analysis “gives investors unprecedented and unbiased insight into the high risk of business as usual and investing in high-carbon – a need increasingly recognised by shareholders, students and congregations that support divestment and diversification”.

The report takes into account various components of oil extraction, such as shale oil, deepwater, tar sands and Arctic oil, to see if the capital expenditure (or capex) on such projects makes sense – financially and environmentally – or if instead, it represents a gamble by companies to the detriment of their shareholders.

According to the CTI’s study, oil firms are assuming that the price of oil will rise and demand will stay high, in order to justify their expenditure. This scenario might be significantly different if governments decide to promote climate-friendly and low-carbon policies, for instance boosting renewables or electric vehicles.

In this case, over $1 trillion (£590 billion) worth of investments can be classed as at risk, for oil costing more than $95 (£56) a barrel. As highlighted by the panellists at the event, oil prices have remained quite steady over the past few years, but production costs have risen, leading some major oil firms to experience losses.

Anthony Hobley, CEO of Carbon Tracker, explained in the foreword of the study, “We have developed a carbon supply cost curve and introduced a tool asset owners can use to differentiate between different oil investments within companies portfolios, identifying the most climate exposed oil.

“Our analysis starkly reveals those oil projects which are financially risky in any event. Were these risky and marginal projects to be subjected to other risk factors they could begin to look very unattractive to shareholders. There is a realisation that ignoring climate risk and hoping it will go away is no longer an acceptable risk management strategy for investment institutions.”

Carbon Tracker calls on investors to challenge companies to increase their transparency and improve their disclosure – seeking “value, not volume” from their investments.

Paul Spedding, ex-global co-head of oil and gas at HSBC, who participated in a panel discussion at the launch event, said, “Many investors are concerned about the growing amount of capital that the oil companies have thrown at low return, carbon heavy projects.

“The majors’ strategies need to be challenged. As this report shows, returns are falling and costs are rising. To reverse this, a greater focus is needed on higher return, lower cost assets. If this means lower capital investment and higher dividends or buybacks, so much the better.”

The Carbon Tracker analysis makes clear that something has to change – whether in big oil’s capital expenditure or in the way it manages risk.

What emerged is that none – not one fossil fuel company – will benefit from a warmer world, given the wide implications of such a phenomenon. Those smart enough to already be managing risks effectively are the ones more likely to be the most profitable in the future.