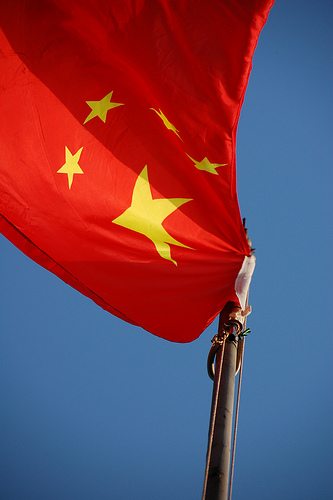 #COP21: China Will Face Most Scrutiny Thanks to Ambitious Emissions Targets, says GlobalData

The United Nations’ 21st Conference of the Parties (COP21), running in Paris from November 30 to December 11, 2015, will see China come under particular scrutiny, as the country is likely to propose CO₂ emissions reduction targets that others view as unrealistic, according to research and consulting firm GlobalData.

The company’s latest report* states that China currently stands first in terms of global greenhouse gas emissions, and as a result will play a key role in the outcome of COP21, which will discuss a climate change agreement to limit global temperature rises by 2100.

On 30 June 2015, China put forward its Intended Nationally Determined Contribution (INDC), which aims to attain peak CO₂ emissions by or before 2030. The country also wishes to achieve a CO₂ emission reduction per unit of GDP by 60%-65% and to build up its volume of forest stock by around 4.5 Billion Cubic Meters by 2030.

Ankit Mathur, GlobalData’s Practice Head for Power, says: “China’s pledges are clearly positive, and it is notable that China is the first developing country to bind to a carbon peak through a cap-and-trade approach to limit greenhouse gas emissions, which will act as a stimulus to other developing countries.

“However, despite the INDC commitments China has put forward, there are still doubts about its fossil fuel phase-out scenario. The aim of attaining peak emissions by or before 2030 is also questionable, given the number of newly built coal-fired power plants in China in the past 15 years.”

Overall, GlobalData’s report concludes that the world is taking seriously the need to assuage the effects of climate change.

Mathur continues: “Several countries have made positive pledges, from the UK government’s aim to phase out coal-fired power plants by 2025, to the US’s Clean Power Plan, which seeks to reduce CO₂ emissions by 32% by 2030.

“Despite this, COP21’s biggest obstacle will likely be reaching a committed and legally binding agreement to tackle climate imbalance that works for all countries, particularly considering the financial costs of implementing environmentally-friendly policies.”