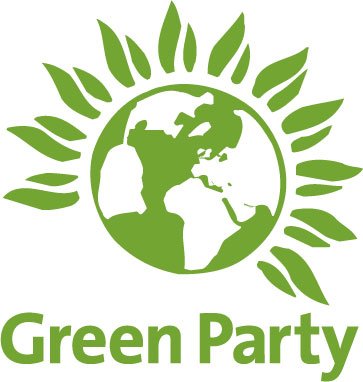 Forty years ago today, a small group of people gathered in Coventry for what would become the first official meeting of the Green Party. Joseph Iddison reflects on its impact during its four-decade existence, and looks to the future to see how far it can go.

The Green Party started life as People at a meeting in Coventry in 1973, led by Michael Benfield, Freda Sanders and Tony and Lesley Whittaker. On February 23 that year, 43 people, from probation officers to factory workers to students, went to the party’s first meeting at the Whittakers’ solicitors’ office, thus beginning 40 years of green politics and environmental activism.

My first article for Blue & Green Tomorrow was on the Green Party of England and Wales and its success in recent years; and how it has passed this success onto other green parties around the world. It seems appropriate, then, that I should write about the party’s inception, history and its future.

People changed its name to the Ecology Party in 1975; with a further name change 10 years later to the Green Party. At the 1989 European parliament elections, the Greens received 15% of UK votes – its largest share in history. Some said this marked the party’s arrival as a major force in British politics; but in 1990, it split into three separate arms, covering England and Wales, Northern Ireland and Scotland.

Support for the Greens at elections has never hit the dizzy heights of 1989 in the years since. In 2009, the party earned 8.6% of votes at the European parliament election from UK votes: an increase of 2.4%. The following year, party leader Caroline Lucas became the first Green candidate to gain a seat in the House of Commons after being elected MP for Brighton Pavilion by a margin of 1,252 votes.

In May of last year, Lucas revealed that she would not be running for re-election as leader (though would continue to contest her parliamentary seat). The following September, Natalie Bennett was elected leader with Will Duckworth as deputy leader.

As of 2013, the new leader disclosed the party’s ‘three yeses’ to Europe – “yes to a referendum, yes to major EU reform and yes to staying in a reformed Europe”.

Bennett, former editor of Guardian Weekly, stated: “‘Yes to the EU’ does not mean we are content with the union continuing to operate as it has in the past. There is a huge democratic deficit in its functioning, a serious bias towards the interests of neoliberalism and ‘the market’, and central institutions have been overbuilt.

“But to achieve those reforms we need to work with fellow EU members, not try to dictate high-handedly to them, as David Cameron has done.”

This month, the Green Party set a precedent in the UK – for the first time, a fully Green city plan, based on Green values, has come into effect.

The plan, which outlines detailed descriptions of how the city’s homes, jobs and open spaces will develop for the next generation, and is based on ‘One Planet Living’ principles, was passed last week by Brighton and Hove City Council. It was proposed by the Green administration and supported by the Labour Party; the Conservatives abstained.

The proposals, which set out how the city’s land will be used between now and 2030, are:

– An emphasis on sustainable travel arrangements for residents in new developments.

– A guarantee that should the private area of land known as ‘Toad’s Hole Valley’ be developed by its owners, it is done to the highest sustainability standards, providing a balance of homes, work space, business facilities, schooling and publicly accessible open space. Around 1,500 jobs, plus training and apprenticeship opportunities, will be created during the lifetime of the Toad’s Hole Valley regeneration project.

Deputy leader of the council, Phélim Mac Cafferty, expressed his satisfaction for the new setup: “After more than a year’s work, the Green administration has brought its vision for the future of Brighton & Hove to council and has seen it accepted as council policy.

“It’s a blueprint for the city that will last for a generation, setting out how to sustain our unique environment while providing desperately needed new homes, schools, jobs and other opportunities, at the same time protecting public and open spaces from inappropriate development.

“Based on the Green principles of One Planet Living, it’s a robust, practical and visionary plan: a long-term future for our city that could only come about with the Greens in administration.”

It is clear that the Green Party has grown from strength to strength since its inception in the early ‘70s. Recent electoral successes highlight just how important the general public thinks having an environmentally-focused political party is. Here’s to the next 40 years.