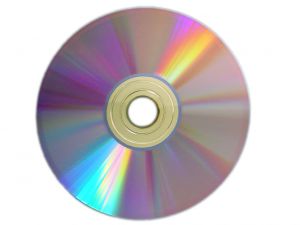 Looking back at… Film reviews 2

1. In Transition 2.0 (2012) – In Transition 2.0 captures stories from around the world about the Transition Network, a charitable organisation that helps communities create initiatives to build resilience and reduce CO2 emissions. Read more.

2. Fed Up (2014) – Fed Up looks at what is causing obesity in the US and argues we have been misled about weight gain and weight loss. Instead, the documentary says that sugar and the food industry was causing much of the problems. Read more.

3. Blind Spot (2008) – Documentary Blind Spot looks at the current oil and energy crisis that the world is currently facing as energy usage continues to increase and governments attempts to cut emissions and move towards clean energy sources. Read more.

4. Boiler Room (2000) – Boiler Room, starring Ben Affleck, Vin Diesel and Giovanni Ribisi, is inspired by the life of Jordan Belfort, whose story has recently been adapted in The Wolf of Wall Street, and is based on interviews the writer conducted with numerous brokers. Read more.

5. Too Big to Fail (2011) – Too Big to Fail looks at the 2008 financial crisis, with a particular focus on the actions of the US Treasury secretary and the efforts to contain the problem. The film is based on a book of the same name. Read more.

8. The End of Poverty? (2010) – The End of Poverty? is a documentary looking at what caused poverty in the past, what is causing it now and why it should be an issue that concerns us all. It argues that global poverty has reached a new high because of unfair debt, trade and tax policies. Read more.

9. Black Gold (2005) – Black Gold follows the manager of an Ethiopian coffee union attempting to save his 74,000 struggling farmers from bankruptcy. As the farmers strive to harvest some of the highest quality coffee beans, Tadesse Meskela travels the world seeking buyers who will pay a fair price. Read more.

10. H2Oil (2009) – H2Oil weaves together a collection of compelling stories from people who are on the front lines of the biggest industrial project in human history: Canada’s tar sands. The film asks the question: what’s more important – oil or water? Read more.