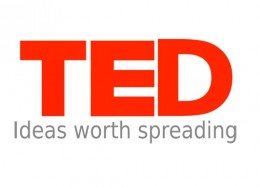 Looking back at… TED Talks 3

1. Why business can be good at solving social problems – Michael Porter – Businesses, and not governments, NGOs and non-profits, are the most important parts of the solution to many of the massive problems the world faces. That’s according to Michael Porter, professor at Harvard Business School, in this week’s featured TED talk. Read more.

2. The key to growth? Race with the machines – Erik Brynjolfsson – This time last week, we brought you Robert Gordon’s TED talk about the death of innovation. Giving an opposing viewpoint seven days later is Erik Brynjolfsson, who argues that big innovations lie ahead of us. Read more.

5. Let the environment guide our development – Johan Rockström – Swedish scientist Johan Rockström, executive director of the Stockholm Resilience Centre, has worked out a set of nine “planetary boundaries“, within which mankind must stay. Read more.

8. Government: investor, risk-taker, innovator – Mariana Mazzucato – “Governments are innovative and take risks: a sentence not heard all too often. But in this week’s featured TED talk, Mariana Mazzucato, professor of economics at the University of Sussex, gives a compelling argument for why they do just that. Read more.