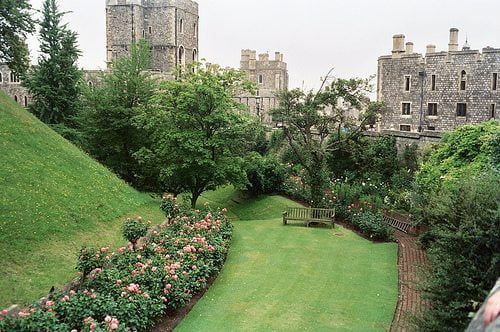 Investors should take a leaf out of the Crown Estate’s book, and begin talking about the optimisation – rather than the maximisation – of their assets.

In July last year, the Treasury committee took evidence from the Crown Estate – the sixth largest owners of property and land in Britain. Its 360,000-acre portfolio is worth £8.1 billion, and includes Regent Street, Ascot and Windsor Great Park.

Only the Forestry Commission (2.6m acres), the National Trust (630,000 acres), the Ministry of Defence (593,000 acres), pension funds (550,000 acres) and utilities (500,000 acres) are larger rural landowners. That said, if sea beds, foreshores and commercial real estate were included, acres in the Crown Estate’s portfolio would stretch into the millions.

MPs quizzed three of the organisation’s senior employees on issues from management to performance. Some of their answers were encouraging. Chief executive Alison Nimmo said the Crown Estate’s remit was one of “optimising performance; taking a long-term, sustainable position” and claimed the Treasury was very happy with the way it conducted its business.

She pointed towards a report, co-written by the New Economics Foundation (nef), which outlines what the Crown Estate believes to be the true value of its role in the UK – in other words, not just the financials. It calls this its “total contribution”; the financial, physical and natural resources of its business, people, networks and knowledge-base.

This methodology calculated that in 2011/12, the Crown Estate added £5.23 billion in gross value to the UK economy; supported 94,000 jobs; hosted educational visits for 8,900 students and other visitors; and saved some 4m tonnes of planet-warming greenhouse gases through its rollout of forestry and use of low-carbon energy – meaning it is a net carbon sink. All impressive numbers.

But Andrew Tyrie MP, who sits on the committee, was noticeably sceptical. For him, the fact the Crown Estate didn’t conform to the status quo in its methods for assessing overall performance was seemingly troubling.

“I must admit, I am very concerned by the idea that an organisation can, effectively, using a consultant, define for itself what it considers to be its own measure of a contribution, then deviate from commercial objectives at a cost to the taxpayer, without us being at all clear either on how much has been foregone or exactly why”, he said.

“That is what I think I have been listening to this afternoon, so I am quite concerned. I do not know how other members feel.”

Despite suspicion from some quarters, the Crown Estate – whose remit is set out by a 1961 act of parliament – is admirably sticking to its guns. It continues to use of the word ‘optimisation’ rather than ‘maximisation’. This is entirely refreshing, and a mantra that would-be sustainable investors would do well to follow.

“Optimising our return is about securing sustainable, long-term growth in our business, both in terms of the revenue return we deliver to the UK Treasury for the benefit of the public finances, and the capital value of assets we manage, as required by the act”, says head of sustainability Mark Gough.

“At the core of our approach is the recognition that the value we create is greater than just commercial return and that to be successful commercially, in the long-term, we must understand and improve all of the resources at our disposal and enhance the relationships upon which our business relies.”

Gough points towards a £1.5 billion investment the Crown Estate is making across Regent Street and St James’s in London. In the last decade, it has invested £25m in Regent Street’s public realm – defined as the streets, parks, open spaces and so on that are owned by the public. Meanwhile, £320m has gone towards the St James’s Market project in London’s West End, which is being revitalised so as to return it to its former glory as a thriving hub for culture and community. Gough says the value of the holdings – and the subsequent return – is directly linked to the success of the local area and its engagement with the community.

Will Day, sustainability adviser to global consulting firm PricewaterhouseCoopers (PwC), is one of a number of people who thinks the Crown Estate is correct in wanting to be a responsible steward of Britain’s natural resources.

“There is an expectation of business these days that they’re not just there to maximise short-term returns. I’m really intrigued by the fact that some companies or organisations are now thinking through whether they exist to maximise returns or optimise returns, and for whom”, he explains.

“Do they exist solely for their investors or do they exist for, importantly for the investors, a wider set of stakeholders that might include their customers, farmers and local government and communities?”

For investors, there are lessons to be learned from this one example of sustainable business. While it is wrong to suggest that sustainable investing brings in lower financial returns than the mainstream, it is a misconception often cited as a reason to avoid any investments labelled even remotely ethical or responsible.

Using the Crown Estate’s logic, though, sustainable investors have the right to shout about their total contribution, and therefore, the total returns they accrue.

What is the environmental return from that wind farm you’re investing in, compared to the oil field you had money in previously? Is the healthcare company delivering better social returns than your investment in British American Tobacco?

In the same way we need to move the investment debate from ethics to sustainability in 2014, we need to ditch maximisation in favour of optimisation.

Gough concludes with wise words: “Optimising our investments makes an important contribution to local communities and the wider UK. We believe the approach is key to the long-term performance of our business.”

Do you know what your money is doing while you sleep