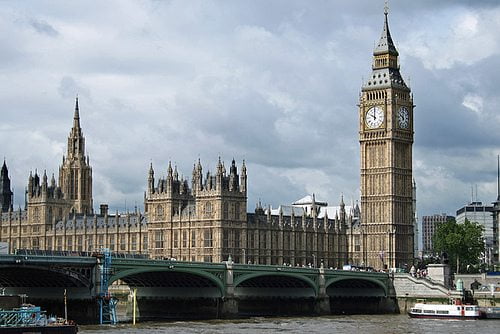 People sometimes ask us if we are a magazine that supports the Conservatives. We are always confused by the question. Our only interest is sustainability. Therefore we praise the sustainable, criticise the unsustainable and explore everything in between.

For the avoidance of doubt, we have no political affiliation. We would, however, praise any party for making the ending of poverty, addressing climate change, pollution and resource scarcity a central policy. After all, they are issues that will materially affect our national security, economic stability and way of life. Fairly important issues, we think.

Sympathetic pieces about Thatcher, interviews with the Johnson Sr and an affinity with free markets have all supported the case that we are on the right of the debate.

The magazine’s name, with blue apparently being the preserve of the Conservatives, has suggested that we represent the conservationist wing of that party. In the US, blue would make us a Democrat-supporting title; such are the vagaries of colour and politics.

In fact, our name comes from the principal colours of the planet we call home and an early passage from The Hitchhiker’s Guide to the Galaxy. ‘Tomorrow’, because the future is the undiscovered country we want to build. What we sow today, our children will reap tomorrow.

Politically, we are non-aligned and welcome anyone of any hue who wants a more sustainable economy. Our advocacy of the Greens during the local elections was in the hope of stimulating a little debate within our readership of supporters of the media-styled ‘main’ parties.

Left and right is therefore an unhelpful dichotomy for us; sustainable and unsustainable is more illuminating.

We are passionate about freedom and free markets, but see monopoly, oligopoly and corporate lobbying as highly damaging to both. Centrally planned economies have not yet demonstrated that they can’t function without curtailing freedom. Newer economic models have yet to prove they can lift vast swathes of the population out of poverty and create the wealth to afford the luxury to debate such things.

We don’t believe the market can deliver everything. We are entirely unconvinced by the myth of private enterprise efficiency. Some things, the private sector does well (retail, leisure and consumer goods); ditto the public sector (education, health, welfare and some utilities).

Size is more often the challenge in any organisation. If an organisation is too small, it cannot achieve economies of scale. If it is too large, it hits a point of diminishing return which means greater bureaucracy and inefficiency. Biggest is not best, and is often the enemy of the good.

There are clearly limits to markets in dealing with worker and consumer rights, externalities such as pollution, resource scarcity, fraud and corruption – and we need strong states and international agreements to deal with these market failures.

We need laws and regulations that keep markets competitive, to protect people, the environment, resource shortages and prosecute wrongdoing. All industries should pay the full cost of their operation, through market mechanisms or tax/licenses.

We believe in the rule of law, but also ethical corporate behaviour. ‘It is legal’ or ‘it is not illegal’ should not be the basis of corporate behaviour. We do not want to live in a world where everything needs to be either licensed or prohibited, simply because we cannot rely on investors and business leaders to act like members of a civilised human race.

As long as corporations are inhumane, the state will need to step in. The pressure to intervene increases with every corporate or financial crisis and environmental outrage, of which there are many.

Once businesses stop screwing the planet and its people for a percentage, the state can step back. We need better politicians to step up to the plate and defend the electorate upon whose support they depend.

So, are we Conservative-supporting? Nope, just as we are not Labour or LibDem-supporting.

Do we believe in conservation and sensibly fettered markets that protect the planet and people? Yes.