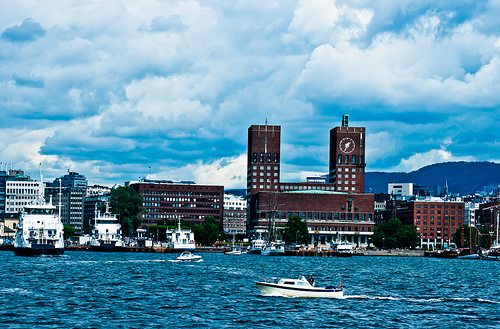 Norway’s sovereign wealth fund, worth $820 billion (£498 billion), is reportedly close to receiving approval for expansion into more asset classes in a bid to meet return targets.

The Government Pension Fund Global (GPF) is the world’s largest sovereign wealth fund, holding around 1% of the world’s shares. According to Bloomberg, the Norwegian government is considering investing in infrastructure as part of a review looking at how the fund is managed.

Prime minister Erna Solberg said, “The most important part is that we have security in our investment. We should do it conservatively and without much risk-taking. Infrastructure could fit perfectly into that, it gives us the same type of return.”

The governor of Norges Bank Oeystein Olsen has previously stated that it would be natural for the fund to enter new asset classes.

The comments followed the coalition government pledging to invest some of the GPF money sustainably. However, Hilde Singsaas, the Norwegian finance secretary, said the fund would not divest from oil and gas companies.

Rising oil and gas prices meant that everyone in Norway became a theoretical crown millionaire this week. A preliminary counter for the fund increased to 5.11 trillion crowns (£500 billion), marginally more than a million times higher than population estimates.

A report commissioned by the Norwegian government suggested that the GPF’s ethics council should integrate into Norges Bank Investment Management (NBIM). The fund is currently managed by NBIM and integration would improve efficiency and speed-up the decision making progress, the report said.