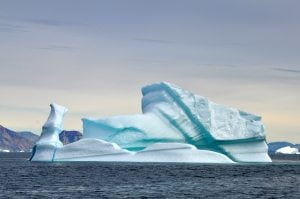 Investors should be concerned that oil giant Shell is seeking increased regulatory flexibility for drilling in the Arctic, according to responsible investment charity ShareAction.

When drilling in the Arctic, regulators warn companies must have equipment on hand to combat a blown-out well, possibly including rigs that can drill a ‘relief well’. The challenging conditions in the Arctic and its fragile ecosystem means that an accident could have devastating effects.

However, documents obtained by US reporter Jennifer Diouhy show Shell has had meetings with the Obama administration in which the company has called for greater flexibility. The oil firm has argued that a standby rig to drill a relief well would cost $250 million (£153m) a year, “with no demonstrated environmental benefit”.

Instead the handout from Shell suggests that more costly regulations “do not equate to better protection of people and the environment”. Alternative technologies such as a ‘capping stack’, which involves capping any blowout temporally to keep the gas and oil locked underground and returning later to drill a relief well, would work better, Shell say.

A similar handout from American company ConocoPhillips has also been published.

Shell has previously said that safety and environmental protection are key concerns when drilling in the Arctic. However, ShareAction argues that investors need to scrutinise the risks for Shell in seeking regulatory flexibility at this early stage.

Louse Rouse, ShareAction’s director of engagement, commented, “As the US government finalises the minimum regulatory requirements for offshore Arctic drilling, investors should support calls for the introduction and enforcement of stringent regulation.

“They should also press oil companies to demonstrate a commitment and ability to comply with such regulation rather than lobby for light-touch measures and waivers of requirements.”

Rouse pointed to ShareAction’s previous research, which outlined the long-term capital-intensive investment drilling in the Arctic needs and the challenges of operating in such an environment, as to why investors should raise concerns.