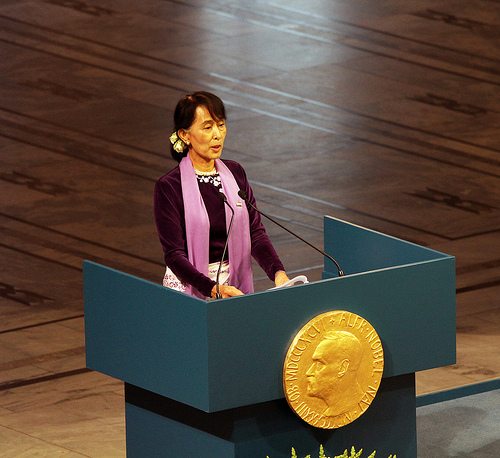 Speaking at a conference in Singapore, Suu Kyi said, “If you are going to try and revive the economy, you need capital. I wouldn’t advise you to draw out. I would like you to continue your investments. But make them as responsible as possible.”

Myanmar began its transition from military rule to democracy in 2010, with general elections planned for 2015. In the last three years foreign investment in the country has been increasing. Despite this, many investors are currently only working with large companies and concerns about the security of investments remain.

Suu Kyi said, “What we need is caring, intelligent investment.” She called for foreign investors to continue their investment in Myanmar but advised them to make it “as responsible as possible. “

She added that the government had to look to rural development and small and medium enterprises to ensure equitable growth and development.

She also discussed Myanmar’s resources, which includes oil and gas. These resources have attracted the attention of many global corporations. However, concerns about the impact large projects could have on the environment have been raised by rural communities.

Suu Kyi plans to run for president in 2015. During her speech she also called for substantial reforms to the constitution before the general election, including improvement in the rule of law and an independent judiciary.