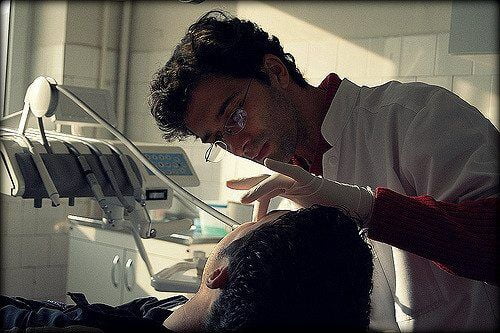 UK Called Upon To Phase Out Dental Amalgam

The fate of dentistry’s most controversial procedure: the use of mercury-based dental fillings, known as amalgam, is set to be decided on in Europe.

It is condemned as a risk for “secondary poisoning” by a European Commission scientific advisory body because it gets into fish that people eat. Furthermore, the Commission’s health advisory committee has recommended a ban on its use in fillings in children and pregnant women.

Representatives from the three European institutions, namely the Commission, the Parliament and the Council, will meet on 6 December to discuss the text of the EU regulation on mercury, including its use in dentistry. Europe is the largest amalgam user in the world, and consumer, health and environmental NGOs, as well as many dentists, are calling for a ban.

Why is the UK government now backtracking on this promise?

“Britain in 2012, through a letter from the Chief Dental Officer to the British Dental Association, announced that as of 2016, amalgam use would be discouraged and would be used only if it met one of four exceptions. Why is the UK government now backtracking on this promise? In a public consultation organised by the European Commission, 88% of participating Europeans recommended phasing out amalgam and 12% called for its use to be phased down. Since the Commission sought the vote of the people, why doesn’t it follow their advice?”

Dentists once heavily used amalgam, but are abandoning it in droves with several Member States either disallowing its use (i.e. Sweden) or reducing it to less than 5% of all dental fillings (for example, Finland, Denmark and the Netherlands).

“British dentists increasingly realise that the end is near for amalgam. Alternatives are available, affordable, and effective. It is time for the UK to say good-bye to amalgam, a material clearly inferior to composite or ionomers.”

The environmental impact of dental amalgam is significant, impacting on air, water and land, and being taken up in the fish eaten by Europeans.

“An ambitious regulation is needed to reduce the use of mercury in the EU and phase it out of dentistry. Members of the European Parliament have voted in favour of ending amalgam by 2022 (with special allowances for medical reasons) with a ban sooner for pregnant or breastfeeding women and children. We agree – over 66% of dental fillings in the EU are now made without mercury and it is now time that this becomes the norm.”

The European Commission has also turned its back on the opinion of the European public.

“Mercury is globally one of the 10 chemicals of major public health concern, yet the Commission proposes we maintain the status quo. Empirical evidence shows that due to technological changes and dentist training, the cost of mercury-free dentistry is declining, so the price differential continues to shrink.”

Indeed, the claim that amalgam is slightly cheaper than alternatives is illusory.

Johanna Hausmann of Women in Europe for a Common Future, added:

“When amalgam’s disastrous impact on the environment is factored in, amalgam’s costs are as much as €82 more per filling than composite. Continuing the use of amalgam does not even make economic sense.”

A growing consensus is that Europe must, at the very least, ban amalgam use for children and pregnant women.

“We must first protect those most vulnerable to mercury’s neurotoxicity – the developing brains of children, babies, and foetuses. Several nations, such as Germany, the UK and Poland, have already announced that they don’t use or that dentists should not use amalgam for children or pregnant women.”