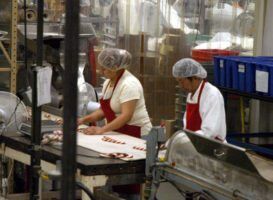 Two thirds of employees on a zero hour contract that are over 25 have been on them for over a year.

The continued widespread use of zero hours contracts will be a key challenge in the Prime Minister’s action against job insecurity, a concern cited in her maiden speech, according to the Resolution Foundation ahead of the latest ONS figures for zero hours contracts published later today (Thursday).

New analysis from the Foundation shows that two in three (70 per cent) of zero hours contract workers aged over 25 have been on one for more than a year, indicating that their use stretches well beyond those seeking short-term flexible work.

The number of workers on zero hours contracts (ZHCs), which offer no guarantee of paid work, has risen sharply in recent years, and the Resolution Foundation expects today’s ONS figures to confirm another increase in their use over the year to April-June 2016. While some say they offer valuable flexibility to employers and staff, others point to the insecurity that ZHCs bring, with workers not knowing how much they will earn from one week to the next week.

The Prime Minister has put the issue of job insecurity at the heart of her new government programme, saying in her opening speech:

“If you’re from an ordinary working class family, life is much harder than many people in Westminster realise. You have a job but you don’t always have job security.”

The Foundation finds that the use of ZHCs is not explained by their use for students, who are most likely to value the flexibility they can bring. Only one in five workers on ZHCs (180,000) are full-time students, and only half of ZHC workers aged under-25 are in full-time education (160,000).

For workers aged over 25, more than two in three workers on ZHCs (400,000) have been with their current employer for more than a year. The Foundation notes that for many of these workers, fixed-hour employer contracts, which offer a guarantee of paid work and paid holiday and sick leave, would be more appropriate.

The Foundation adds that while ZHCs still make up a small share of the labour market – less than a million workers are on one – they form part of a wider growth of atypical employment, including self-employment and agency work, which often lack the rights and security that employees receive.

The Foundation argues that the flexibility ZHCs provide to some workers mean that a blanket ban would be counter-productive. However, it argues that the Prime Minister should introduce further protections for workers who have been on a ZHC for over a year and work regular hours.

The analysis follows the move from Sports Direct earlier this week to offer directly employed staff on ZHCs guaranteed hours of work.

For some, zero hours contracts are symbolic of Britain’s job-creating labour market flexibility.

“For some, zero hours contracts are symbolic of Britain’s job-creating labour market flexibility, while for others they represent the deep insecurity that belies the recent jobs recovery.

“The fact that the use of zero hours contracts has grown – and the Prime Minister has chosen to highlight the issue of job insecurity in her maiden speech – mean that they need far closer, and more measured, scrutiny.

“Banning ZHCs outright is a misguided approach that risks penalising those workers, such as some students and those with caring responsibilities, who genuinely prefer the flexibility afforded by them. But many workers who are on a ZHC want more stability, reliable hours and greater protection. Helping them get this should be a priority of this government.”