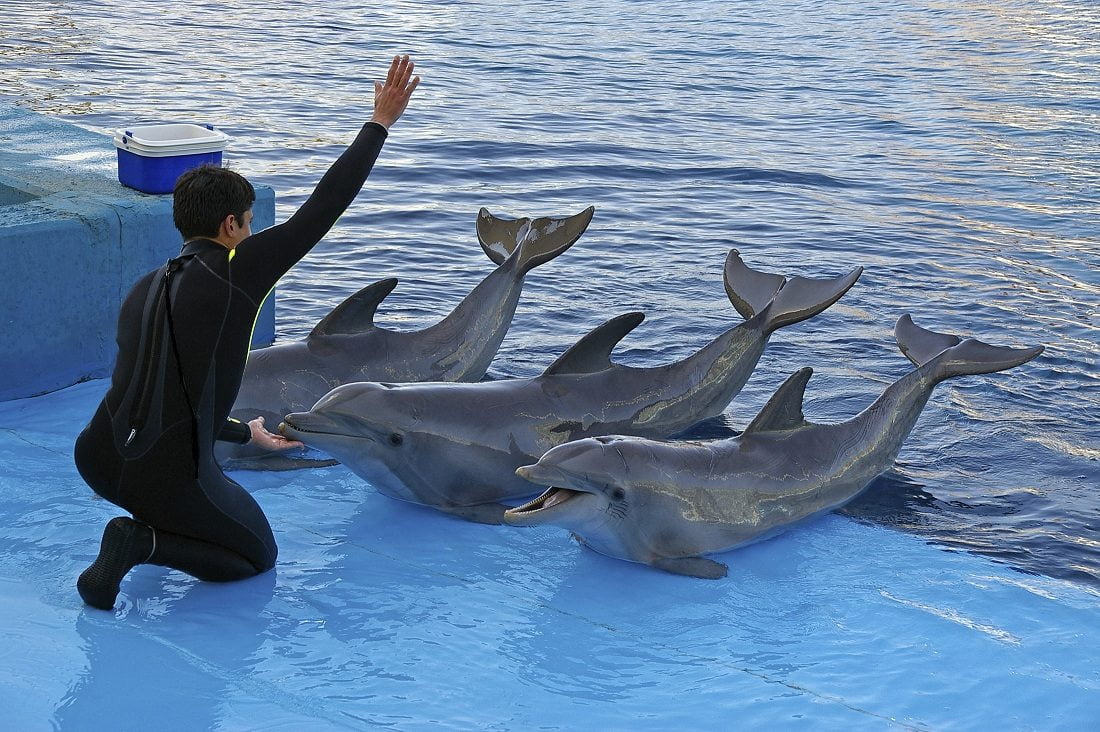 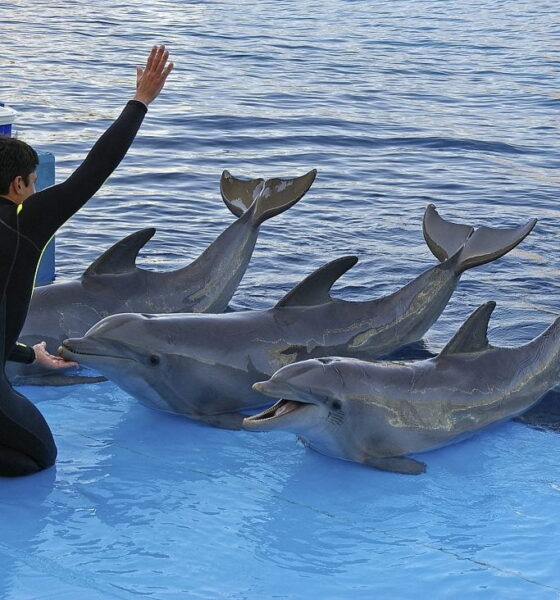 Japanese authorities have proposed dolphin farms instead of the annual slaughter of wild animals taking place every year in Taiji but animal welfare groups said the outcome will be the same and called for tourists to stop financing aquariums and zoos.

Dolphins for the entertainment sector in Japan and elsewhere could be sourced through dedicate farms, rather than by taking animals from the wild, according to authorities in the country.

The proposal has been widely criticised by animal welfare groups, which said wild animals should stay in the wild.

Neil D’Cruze, international head of wildlife research and policy from World Animal Protection commented on the issue, “Wildlife farming represents a very real threat to animal welfare. It can also act as cover for increased illegal poaching of animals from the wild that are typically quicker and cheaper to source.

“Such wildlife farming is simply a flawed ‘short cut’ that will lead us to the same outcome – animals suffering in captivity and empty oceans.”

Every year, hundreds of dolphins and pilot whales are dragged in a small bay in Taiji and killed for meat, while some are captured and sold to entertainment facilities across the world.

The event has caused outrage and protests worldwide, also thanks to the documentary film The Cove. Recently, the World Association of Zoos and Aquariums (Waza) suspended Japan’s membership because of its “cruel and non-selective methods of taking animals from the wild”.

With pressure of the international community mounting, many animal welfare and conservation groups believe it is only a matter of time before the Taiji hunt becomes uneconomical.

Sea Shepherd Conservation Society said in a statement, “While not yet an end to the drive hunt, this announcement brings great news for the dolphins in Taiji, because the captive trade represents the true money behind the slaughter that turns the waters of the cove red with blood. With the elimination of the demand for Taiji dolphins from Japanese aquariums, Taiji’s hunt is one huge step closer to being sunk economically.”

Meanwhile, the use of wild animals for shows keeps causing controversy. The Born Free Foundation has managed to shut down the Portuguese programme ‘Dolphins with the Stars’, a reality show broadcasting celebrities training captive dolphins. The organisations said it involved exploitative practices and contradicted the zoo’s legal requirements.