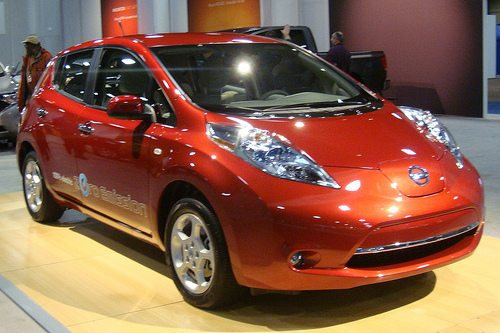 Industry figures show fuel-efficient cars are driving the automotive market, as consumers look to cut the costs of motoring by purchasing alternative fuel vehicles such as electric hybrids.

The whole industry saw growth of 7.6% in January, when compared to the same period in 2013. In comparison, alternative fuel vehicle registrations increased by 25%. A typical new car is 27% more efficient than a seven-year-old model, demonstrating the savings consumers could make.

Mike Hawes, Society of Motor Manufacturers and Traders (SMMT) chief executive, said, “As fuel economy is a major consideration for many motorists, ongoing investment by vehicle manufacturers in innovative, fuel-efficient technology is a key factor in the growing demand for new cars. Looking ahead, the UK automotive industry expects to see moderate, sustainable growth in 2014.”

Deputy prime minister Nick Clegg recently described eclectic cars as one of the “most promising” green industries in the UK. He added that the government wanted to secure the UK’s position as a global leader in both production and adoption of these vehicles.

Globally, production of electric vehicles is expected to soar by 67% this year, according to consultancy firm IHS Automotive. The huge increase, driven by tighter emissions standards in Europe, is in contrast to the 6% rise expected in global manufacturing of all motor vehicles in 2014.

Ben Scott, an analyst for IHS, explained, “European emissions standards are tightening in the second half of this year with the implementation of the European Commission’s Euro 6 legislation. At the same time, European automakers are introducing compelling new electric vehicle models, such as the BMW i3. These factors will boost electric vehicle demand and manufacturing in Europe.”

IHS said in addition, over this year consumers considering buying an electric vehicle will be offered more choice, access to more charging stations and competitive prices as the cost of eclectic vehicles is expected to decrease.