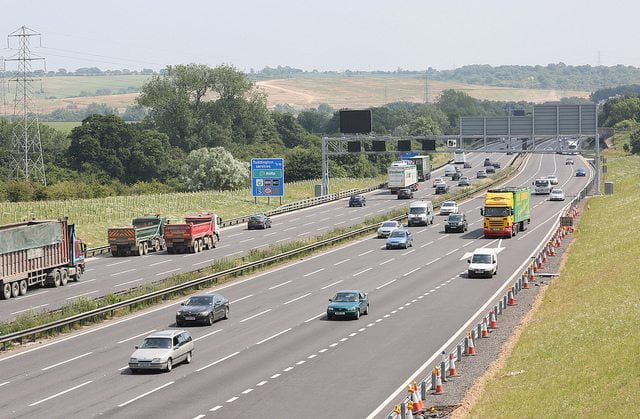 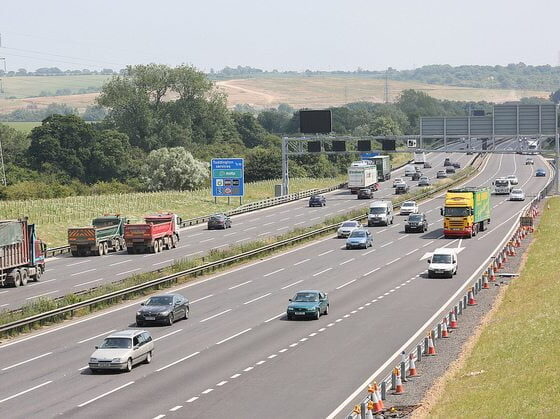 Investment in Britain’s road infrastructure will need to increase “substantially” over the next decade to keep up with the expected growth in traffic, MPs have warned.

In a new report, the transport select committee say that a cross-party solution is required to find a sustainable source of funding, as the growing popularity of fuel-efficient vehicles cuts the government’s income from fuel duty.

According to the Department for Transport’s estimates, traffic levels on the strategic road network – defined as the motorways and major A-roads overseen by the Highways Agency – will rise by 46% by 2040.

“The Strategic Road Network is a crucial part of our national transport system but has suffered from inconsistent funding and policy over the past 20 years,” said Transport Committee chair Louise Ellman.

“If the traffic forecasts are correct, then government will need to increase investment in the road network substantially over the next decade – a period when we also know that tax revenues from fuel duty are bound to decline as vehicles become more fuel efficient,” she said.

The Department for Transport say they are tripling the amount of investment in roads to over £3bn a year, planning to spend £28bn up to 2021. The government also currently plans to change the Highways Agency from an arm of the department into a government-owned company.

A spokesperson told the BBC that this reform “will make sure this money is spent efficiently by introducing long-term funding and independent scrutiny.”

However, the transport committee are sceptical that these changes are required, and the report calls for “a strong system of scrutiny” to monitor the new organisation.

Sian Berry, of the Campaign for Better Transport, added, “The report shows government must stop making plans for big new trunk roads across the countryside and go back to the drawing board.

“We urgently need to replace the ‘dash for tarmac’ with co-ordinated decisions bringing together road, rail and local transport.”