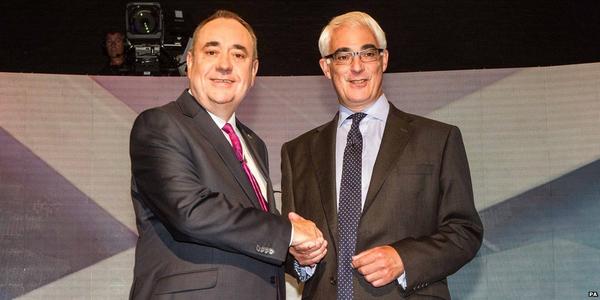 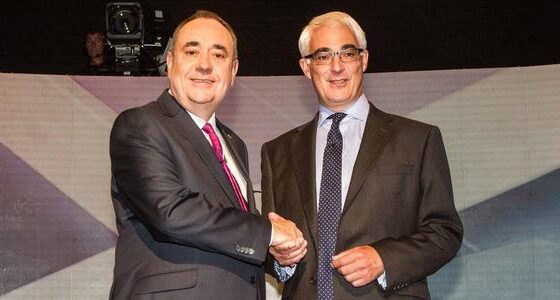 In the lead up to the Scottish referendum vote on September 18, former chancellor of the exchequer and leader of the ‘No’ campaign, Alistair Darling faced Alex Salmond, leader of the Scottish National Party (SNP) and leading advocate for Scottish independence, in a televised showdown on Tuesday.

Hosted in the Royal Conservatoire of Scotland, in Glasgow, the debate covered key topics that both inspired the move towards independence and trouble its future, including the possibility of a currency partnership with the UK, the future of North Sea oil and the banking crisis, which hit the Scottish economy hardest.

On North Sea oil, Salmond questioned estimates put forward by the Office for Budget Responsibility, which predicts a rapid decline in oil revenues if the country votes for independence.

Darling retorted that the SNP had consistently overplayed the worth of North Sea Oil, overestimating its future revenue streams.

Oil firms that operate in the North Sea have expressed a mixed reaction regarding the referendum, with some saying that independence would benefit the industry. In a recent report by business advisory firm Delloitte, 18% of oil firms reflected this opinion, with only 12% suggesting the opposite.

A similar line followed on the state of banking, and in particular Darling’s role in the banking crisis, with Salmond reminding the audience that it “happened on your [Darling’s] watch.”

Darling replied by stating that he took the right call when the Royal Bank of Scotland went bust, but was put on the back foot by Salmond as he brought up a letter sent by Darling to the then RBS boss Sir Fred Goodwin, offering support over a take-over bid that then backfired.

The first minister then pointed out that Darling was subsequently knighted by his party, regardless of his choices.

The pair also discussed issues over Scotland’s membership of the European Union, disagreeing on views expressed by the president of the European Commission (EC), Jean-Claude Juncker, over how difficult it would be for Scotland to gain membership if the country was independent.

Juncker has already expressed that the EC would be sympathetic towards an independent Scotland, as it already meets the membership requirements to apply.

Darling, however, grilled Salmond regarding the proposed currency partnership with the UK as his party wishes to retain the pound as Scotland’s currency, over the Euro.

However, all three UK parties have ruled this option out, leading to Darling asking Salmond directly if he had a viable plan B if the partnership is denied by the UK.

Salmond, in response to the question, quoted Darling on a past episode of the BBC’s Newsnight, where the he expressed that a currency partnership would be both “logical and desirable”.

Darling refuted this as out of context, and pressed for an alternative plan, which Salmond failed to deliver.

Both sides of the debate emphasised the idea of opportunities in both independence and continued unity, but the audience was swung towards Darling by the end of the debate – which reflects the latest Ipsos MORI poll. Results showed that 54% said ‘No’, 40% said ‘Yes’ and 6% were undecided.