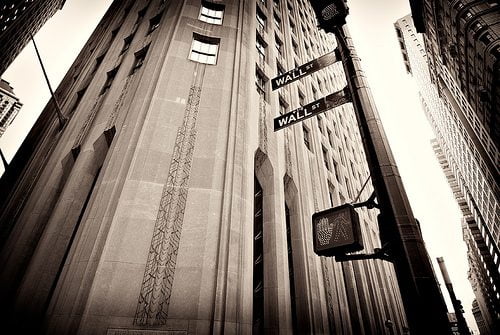 US regulators have approved the Volcker rule in a bid to curb risky banking activity. The rule goes into effect in April 2014 but banks have until July 2015 to comply.

The Volcker rule is a specific section of the Dodd-Frank Wall Street Reform and Consumer Protection Act that aims to restrict US banks from making certain kinds of speculative investments for their own profit rather than for the benefit of customers.  It’s argued that speculative activity played a key role in the 2008 financial crisis.

All five US regulators approved the rule. The agencies are the Federal Reserve, the Federal Deposit Insurance Corporation, the Securities and Exchange Commission, the Commodities Futures Trading Commission and the Office of the Comptroller of the Currency.

The rule has received strong opposition from the banking industry, which argued for lighter restrictions. The almost 900-page rule limits federally insured banks’ ability to bet in risky investments, such as hedge funds and private equity.

In a statement, Barack Obama said, “The Volcker rule will make it illegal for firms to use government-insured money to make speculative bets that threaten the entire financial system, and demands a new era of accountability from CEOs who must sign off their firm’s practices.”

Andre Spicer, professor of organisational behaviour at Cass Business School in London, said, “The partial separation of client services from proprietary trading is a vital step towards addressing structural tensions which caused some of the worst behaviours leading up to the financial crisis.

“However, the exemptions will inevitably create unforeseen loopholes which some banks will exploit.”

Market making operations are exempt from the Volcker rule. Market makers quote buy and sell prices for specific stocks and other securities that it holds in inventory.

Spicer said this will give market making banks “significantly more information about the market than other players”.

“It is uncertain whether they will restrain themselves from using this information to make gains in proprietary trading”, he added.

The new requirements to report annually on compliance should keep issues of culture, responsibility and ethics on the agenda but could risk creating ceremonial reporting, Spicer said.

McKinsey: a fifth of biggest banks may be sold of broken up