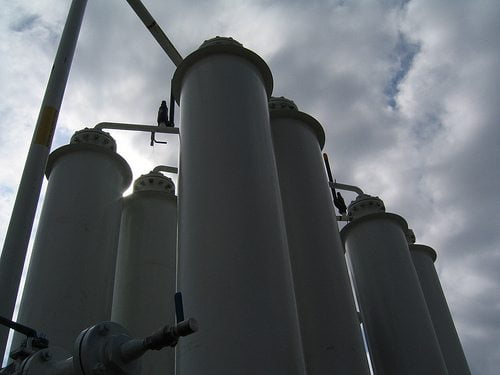 Despite energy minister Greg Barker stating he had asked officials to consult on the feed-in tariff subsidy for biogas by letter in November 2013, the government has now confirmed it would not conduct the review.

Biogas is produced by anaerobic digestion, which is a collection of natural processes in which microorganisms break down biodegradable material producing, among other things, biogas. The biogas produced can be cleanly burned to provide a renewable source of heat or power.

The industry has been calling for a subsidy review of small-scale anaerobic digestion plants, as it claims the current “policy steep tariff reductions are being triggered by ‘preliminary accreditations’” making it uneconomic to run small and mid-scale anaerobic plants.

Paul Thompson, head of policy at the Renewable Energy Association (REA), described the announcement as a “bitter disappointment”. He added that REA had worked hard with industry colleagues and the Department for Energy and Climate Change officials on proposals to fix the tariff for small and mid-scale anaerobic digestion.

Thompson said, “The government has kicked the issue into the long grass, leaving several projects and companies in the sector at extreme risk.

“Small scale anaerobic digestion will be hit the hardest. Much of this takes place on farms, turning farm wastes and residues into self-supplied green energy and fertiliser, strengthening rural businesses, creating jobs and reducing emissions.”

When it comes to investing in renewable energy sources, 74% of financial advisers admitted they were unfamiliar with biogas in a survey published in January. Mark Hoskin, partner at London-based financial advisory Holden & Partners, explained that this was because there are a limited about of products in the area and when considering investing in renewable energy there are areas where the risk and return dynamic is easier to quantify, such as solar and wind.

He added that these factors created a “self-fulfilling prophecy as distributors of products steer clear of an area in which there is a big risk that the money will not be raised. Success breed success and unfortunately in the biogas area this has not yet been demonstrated in the UK.”

Report seeks to bridge communication cap between farmers and renewables