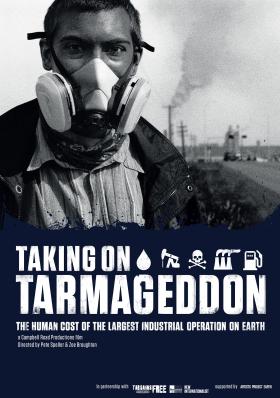 The movie reveals the untold stories behind the production of one of the most carbon intensive and polluting fuels in the world, which has now made its way to Europe thanks to the efforts of the Canadian government and oil industry.

Eight UK activists from the student group People&Planet joined people from the Beaver Lake Cree Nation to see the impacts of extraction activities on indigenous communities. After their journey they return to the UK with Beaver Lake Cree, to tell their stories across the country and warn over the implications of Canadian oil.

The movie is a must-see not only for those interested in understanding why Canadian oil is worse than conventional oil, but also for investors who want to think carefully before putting their money in a sector that has been identified among the most at risk of the so-called ‘carbon bubble’ phenomenon.