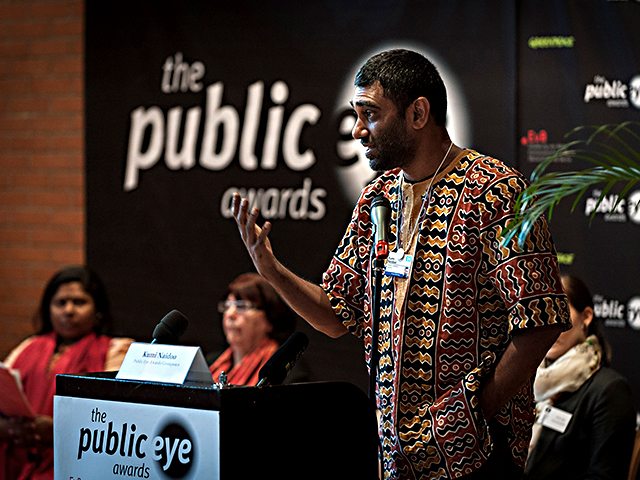 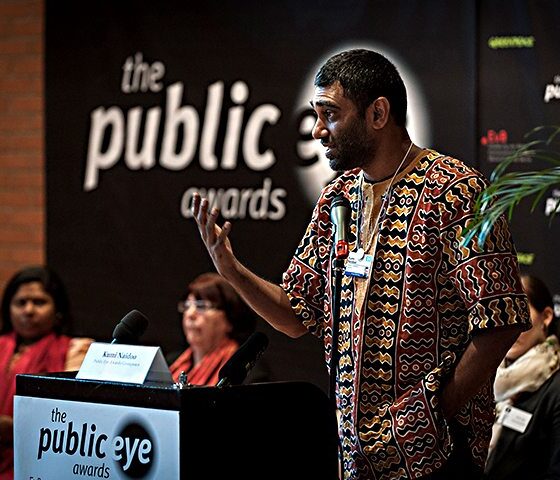 Russian energy giant Gazprom and textiles firm Gap have been named as the worst businesses for human rights and environment violations at the annual Public Eye Awards in Davos.

Gazprom won the people’s award for wrongdoings, thanks to its drilling operations in the Arctic, while Gap took home the jury’s award because of its inaction on safety and poor working conditions for people in developing countries. The pair beat off competition from the likes of Fifa, HSBC and Glencore Xstrata.

The two were awarded the undesirable honours at a press conference in Davos during the World Economic Forum, where international delegates are discussing global issues like climate change. The Public Eye Awards are organised by Greenpeace and Swiss NGO the Berne Declaration, in order to name and shame companies that stand out for poor corporate social responsibility.

Commenting on the people’s award given to the Russian firm, Kumi Naidoo, executive director of Greenpeace International, said, “Gazprom is the first company on Earth to pump oil from beneath icy Arctic waters and yet its safety record on land is appalling.

“People everywhere are condemning Gazprom today for its poor record on safety, environment and transparency, giving it the award for the worst corporation of 2014. A growing movement of more than 5 million people has come together to call for a sanctuary in the High North, to keep reckless companies like Gazprom and Shell out of the fragile Arctic.”

She said, “Gap still refuses to make a contractual commitment to work with their suppliers and local and international trade unions to ensure that repairs are made and workers have the right to refuse dangerous work.”

Above: Sergei Vakulenko, head of strategic planning at Gazprom, is handed a Public Eye Award on behalf of the Russian energy giant.