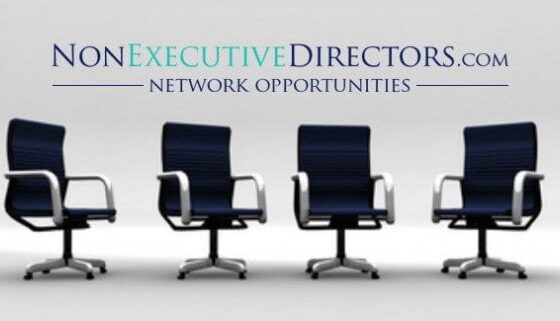 Despite people in the sector having the skills, talent and experience to offer boards, currently just two percent of its 6,000 strong database, who are actively looking for roles, are classed as working or having had worked in energy.

CEO of NonExecutiveDirectors.com, Matthew Roberts, said:  “We want more people from this sector to sign up.  Perhaps they think they don’t have the skills required for a non-executive director, but being on a board is very much about the behaviours and attributes they display like confidence, self-control and the ability to challenge or support.”

According to the NonExecutiveDirectors.com database, a typical NED is a 57 year old male based in the South East of England, with 14 years’ experience as an executive.

Roberts continues:  “We want to explode the myth that boards should look this way – they should have a diverse range of people on them from a variety of sectors, age groups, life experiences etc.”

The areas from which there are the highest number of candidates putting themselves forward for NED roles are publishing and media (19%), charity/not for profit (13%), greentech/cleantech (13%) and the NonExecutiveDirectors.com platform has a split of private (26%), public (46%) and charity (28%) sector breakdown.

From 4819 male and 1065 female members – a mere 18% are women, despite the fact that boards would benefit hugely from their ability to bring different perspectives.

Roberts concludes:  “The gist of the feedback we’ve been given is that females still have a perception of ‘cronyism’ and boardroom politics at this level, and that many intermediaries helping find non-exec positions are also male, which they can find off-putting.  An online platform, helping to cut out the middle man, can help eradicate this and provide a space in which females feel comfortable to apply.  It will go some way to helping to level out these discrepancies.”

When it came to location, the data also revealed only 119 NEDs on the platform are from the North East while 3,461 are from the South East and that members ranged from 28 to 73 years old.

NonExecutiveDirectors.com has attracted high-profile organisations such as Virgin Media, the NHS, Vistage, Jet 2 and the UK Government to post vacancies for non-executive directors and has saved businesses over £5m in recruitment fees last month alone.

It has disrupted the sector by putting the power into the hands of businesses by building a powerful network of talent and providing the perfect platform for NEDs to showcase their credentials – tearing up the model of expensive head hunter fees.

Visit NonExecutiveDirectors.com to find out more about joining the database.