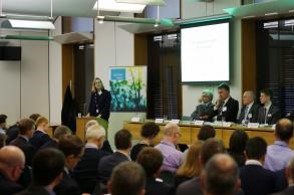 The REA, the largest renewables trade body in the UK, welcomes the conclusions of the report released this morning by think tank Policy Connect on the supply of low carbon heat in the UK.

Both groups warn that much greater action is needed by the government to promote the decarbonisation of the heat sector. The report concludes that at present, the country is on track to fall short of its low carbon heat targets.

The Policy for Heat- Transforming the System report and the REA call for an extension of the government’s Renewable Heat Incentive (RHI). This is identified as the best tool to support this transition.

Heat is one of three sectors that make up the UK’s binding commitment to decarbonize the energy industry by 2020. The target is for 12% of the UK’s heat to come from low-carbon or renewable sources. If this is unmet, the other two sectors, transport and electricity must contribute more to meet the overall target.

Biomass is identified as the leading source of the UK’s renewable heat, although more must be done to encourage the development of other technologies.

The RHI budget runs out April 2016, and its future is expected to be announced in the government’s Comprehensive Spending Review (CSR) on the 25th of November.

Frank Aaskov, Policy Analyst with the REA, said: “Biomass is correctly identified here as not only the leading source of the UK’s renewable heat, but as a versatile and sustainable source of heat. It is widely available today and can deliver significant GHG savings. Biomethane is also emerging as critical to decarbonizing the gas grid. Despite its success of biomass in particular, other sectors need to be encouraged.

Heat is central to our meeting our low carbon energy targets. I think that there is strong potential for geothermal heating in the UK, as well as for biomethane and other technologies. The RHI can easily be improved and extended to achieve this.”

James Court, Head of Policy and External Affairs with the REA, said: “With the conclusions of this report, the government is sent a clear message; it can no longer muddle along in low carbon heat. There are clear targets, there are simple recommendations, and not meeting the targets has serious consequences for other sectors of the economy.

At present we are not on track to meet our binding targets and the government is actively sending the wrong signals to investors and consumers across the country with uncertainty over the RHI budget.”