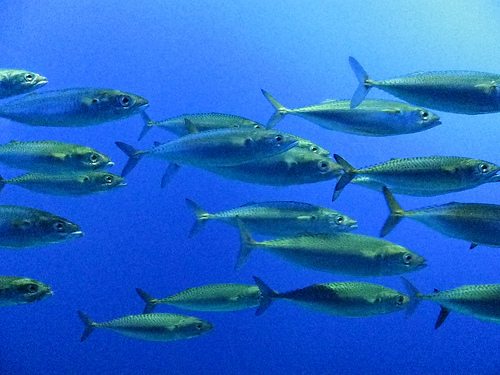 Onboard Cameras Vital for Fish Discard Ban to Succeed

Today WWF launches a new report which shows that remote electronic monitoring, using a combination of onboard cameras and sensors, is by far the most efficient and cost effective way to monitor fishing activities at sea. The report is officially launched to coincide with a European Commission seminar to discuss implementation of the fish discards ban (Landing Obligation)

Between 2010-12, on average 40% (148,765 tonnes) of demersal (bottom dwelling) fish such as cod, haddock, plaice, caught in the North Sea were discarded with certain species being particularly affected – during this period, 43% of whiting and plaice, 25% of hake and up to 91% of dab ended up back in the sea. The landing obligation was created to end the wasteful practice of discarding, by requiring boats to bring all fish caught from certain species to land, so they can be fully documented and counted against fishing quotas.

The ban represents one of the biggest ever operational shifts in European fishing practices and will be challenging but if implemented effectively it can bring social, economic and environmental benefits –  more fish in the sea, a more resilient, profitable industry and greater food security in future years. However for it to work, effective monitoring will be vital.  Poor implementation carries the risk of illicit discarding at sea going unrecorded, potentially weakening scientific knowledge on fish stocks, which could mean the wrong quotas being set in future.

WWF’s report, ‘Remote Electronic Monitoring (REM) in Fisheries Management’, compares REM to traditional monitoring methods, such as aerial and boat surveillance, onboard observers, and dockside checks. It reveals that REM could offer a far more efficient and cost effective way of monitoring fishing activity and improving information on fish stocks. It also identifies where this technology has been trialled and how it is being used successfully elsewhere in the world.

The cameras, which would be used in conjunction with GPS and electronic sensors, can record continuous video during fishing. While 100% of fishing activity is recorded, usually around 10% is looked at – providing a snap shot of what is happening onboard a vessel.  The video data is brought ashore using portable hard drives and reviewed to quantify the catches which can be compared against the fishermen’s logbooks to confirm that the landing obligation is being implemented effectively.

It is estimated that installing the equipment, and reviewing 10% of data could cost as little as £4,697 per vessel. Moreover, to equip and install all 10-metre plus fishing vessels in the UK fleet with REM camera systems, and to undertake a review of 8% of the footage shot could cost less than is currently spent on traditional monitoring options in the UK (which account for an estimated 0.1% of the hours fished by the fleet).

Key benefits of REM systems include:

The report shows that all 10-metre plus EU fishing vessels could be monitored for 10% of the time they are at sea, for a cost of around €122 million. Given the announcement of a new €6.4 billion fund of money available across Europe to help implement the new Common Fisheries Policy (CFP), of which  the landings obligation is a key element this money could easily be made available to fishermen and administrations across the EU.

“Member States have an obligation to demonstrate that they are effectively monitoring compliance with the landing obligation,” says Helen McLachlan, Fisheries Governance Manager at WWF-UK.  “It is difficult to see how they can do this without having good knowledge of what is happening at sea.  Cameras offer by far the most effective means of doing this 100% of the time for a fraction of the cost of traditional methods.”