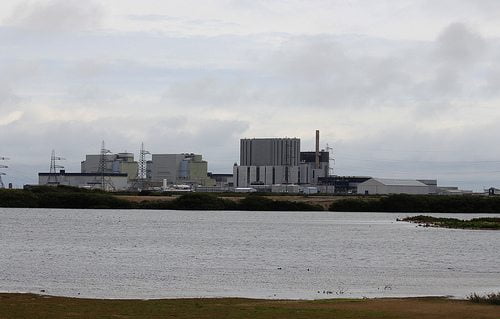 The EDF-run Dungeness B nuclear power station in Kent will soon see its safety limits raised in an effort to prolong its life, pushing up the amount of weight that graphite bricks can lose from radiation.

Graphite bricks start to lose weight because of radiation and their degradation could pose threat to safety, meaning that plants might have to be prosecuted or shut down.

Under the law, graphite bricks are allowed to lose 6.2% of their weight, but EDF applied to the Office for Nuclear Regulation (ONR) to increase this limit to 8%.

Mark Foy, deputy chief inspector at the ONR, said, “We will be in a position to agree that 8% limit within the next few weeks. Ageing is a nuclear safety issue.”

However, some academics have argued that changing limits according to energy companies’ requirement does not look like the right thing to do. The plant is due to close by 2018.

Speaking to the BBC, Steve Thomas, professor of energy policy at the University of Greenwich, noted, “It doesn’t feel good when we come up against limits and the first thing [the ONR] do is to move the goalposts.”

Martin Pearson, station director at Dungeness B, said, “The safety of the public and our employees is our overriding priority. EDF Energy takes a cautious approach, works closely with the regulator and operates with very conservative safety margins. We have stringent safety requirements.

“We carry out regular inspections, including of the graphite bricks that are part of the cores of the reactors. We work continuously with experts and UK universities to understand how materials in our nuclear reactors change over time and how that will affect the stations’ operations.”