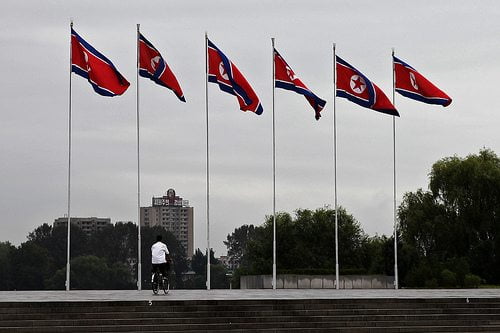 The South Korean defence ministry is worried about signals of a possible nuclear test arriving from neighbouring Punggye-ri in North Korea, where three previous tests had been carried out.

Kim Min-Seok, a ministry spokesman, said, “Our military is currently detecting a lot of activity in and around the Punggye-ri nuclear test site. We are thinking of possibilities that the North may stage a surprise nuclear test or just pretend to stage a nuclear test.”

He added that the country’s nuclear weapons programme means that a test can be conducted at any moment if controversial leader Kim Jong-un orders so.

North Korea carried out tests in the same location in 2006, 2009 and 2013. One year ago, the test caused tensions between the country and the rest of the world, especially South Korea and the US.

UN secretary-general Ban Ki-moon had to mediate calling for cooperation and he reminded, “nuclear threats are not a game”. However, it was understood that North Korea was not planning a nuclear attack.

Some have argued that the country might be planning a fourth test as a provocation, given that US president Barack Obama is expected to arrive in South Korea within days.

North Korea has often been criticised by western countries for its lack of human rights, repressive politics, death penalty and nuclear weapons programme. As a result, relationships with several countries are troubled.

The country has been working on a nuclear programme the early 1980s, but refusing to enter peaceful international treaties and officially declared in 2007 to be in possession of nuclear weapons.