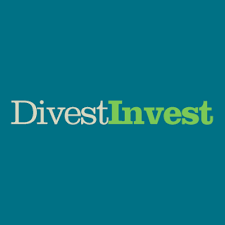 University of Surrey first to divest this academic year

In a major win for the UK’s rapidly growing fossil fuel divestment campaign, the University of Surrey Finance Board has just voted to sell its current fossil fuel investments, becoming the first UK university of the new academic year to divest. The University has committed not to invest in the industry until after it has reviewed its ethical investment policy, which is scheduled for September 2017.

Student campaigners from the Surrey University People & Planet Society, who have been campaigning for fossil fuel divestment for two years, are celebrating the decision which will see the university sell off its £33,000 investment in BHP Billiton, the final portion of over £200,000 formerly invested in fossil fuels as part of its £42 million endowment. The decision came after around 100 university staff and academics signed an open letter calling for divestment, and over 800 students and staff signed a petition to the board calling for immediate action.

Peter Sims, of Surrey University People & Planet Society, said: “This is huge. Having campaigned on this issue for so long I am delighted that the university has decided to lead the way by becoming the first university this academic year to divest from fossil fuels. I now urge the university to amend its Ethical Investment Policy and make a public statement supporting the campaign.”

The past 12 months have seen growing concern among British universities about the moral implications of investing in fossil fuels and the ‘carbon bubble’ which threatens the £5.2 billion they collectively invest in the fossil fuel industry. Surrey has become the eighth UK university to remove fossil fuels from its portfolio. Campaigners expect the University of Surrey’s decision to be the first of many UK universities this year, with over 60 student campaigns currently calling on their institutions to divest before Paris.

Juliette Daigre, Campaigns Manager at People & Planet, said: “With the climate talks in Paris around the corner, we expect Surrey’s decision to be the first of many. Both the London School of Economics and Sheffield University are expected to make announcements soon and senior management at many others universities are discussing divestment. We urge them to follow Surrey’s lead in showing our leaders that the fossil fuel industry isn’t welcome at the top table by divesting before Paris.”

More than 400 institutions and 2,000 individuals have pledged to divest $2.6 trillion from fossil fuels. These commitments include governments and investors from 43 countries and multiple sectors, including pension funds, health, education, philanthropy, faith, entertainment, climate justice and municipalities.

Professor Tim Jackson, a leading academic at the University of Surrey, added: “Tackling climate change means divesting from fossil fuels and investing in alternatives. The Divest-Invest movement now represents a staggering $2.6 trillion shift in investment behaviour led by universities, churches, pension plans and governments all over the world. I am delighted that the University of Surrey has decided to join this growing movement for change.”