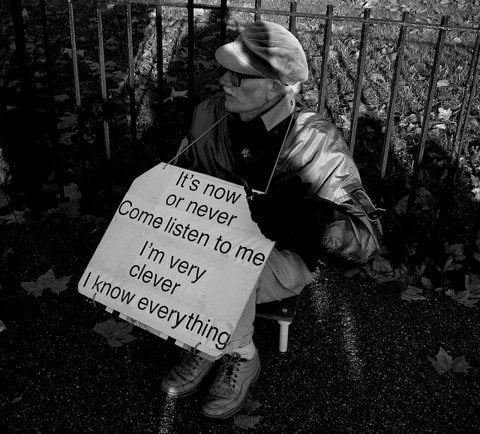 And another thing: Politicians need to get a grip and defend people and planet

You have to wonder the depth of corporate scandal we need to plummet to, before politicians finally get a grip and protect the people they really work for and the planet we live on. From the Medici Bank in 1494 to Banco Espirito Santo in 2014, corporate scandals, corruption, speculation and collapse have always been with us. Banking and finance is a persistent offender. In a new series of Friday soapboxes, Blue & Green writes.

Across the pond AIG, Arthur Anderson, Bear Stearns, Enron, Lehman Brothers and Worldcom have all provided their own bursts of economic and corporate excitement. Not forgetting Standard Oil’s monopolistic activities at the other end of the 20th century. Even our friends in Ireland gave us Allied Irish Bank, ABN-AMRO from the Dutch and the saintly Norwegians had their own Nordbanken – another trio of bankers if you hadn’t guessed.

Even our most prestigious educational establishments and rating agencies colluded with big finance before the 2008 crash to turn sub-prime junk into triple-A rated gold. Did they have a philosopher’s stone?

Big banks, big oil, big pharma, big retail, big defence and big advertising, aided and abetted by the subtle propaganda of big media, have done everything they can to game the economic system in favour of a small group, and against the people. All the time, they are consuming corporate welfare, evading tax, funding dishonest think tanks, while nationalising market failure and privatising any profit.

Governments and regulators across the developed world seem wilfully blind and utterly impotent in the face of corporate skulduggery and degradations. Our professional, well-fed politicians create sophisticated legislation, ever more complex regulations with new regulators and task forces, but do nothing to halt the tsunami of mismanagement, corruption and failure, most recently represented by Volkswagen and dieselgate. With VW it seems that no action was taking by any government anywhere even after it was known that there was a systemic problem.

Markets are supposed to be a free and creatively-destructive servant of prosperity. Innovation equals growth. Sustainable innovation equals sustainable growth. Corporate-sponsored politicians, vested-interest business leaders and the paid-for, captive media are determined to prevent innovation that threatens their narrow interests, and will scream foul should any constraint on the market even be suggested. Meanwhile a few organisations have created a cartel, of power and wealth, which acts against the free working of the very market they claim to be defenders of.

As Mark Carney pointed out on Tuesday at Lloyd’s of London, current and future threats to our way of life are no longer just economic but ecological and even more catastrophic.

When will politicians get a grip and defend people and planet? Set climate change aside for a moment. Pollution kills people – globally, seven million every year. Volkswagen didn’t care about lying about its emissions, thus it did not care about causing more deaths than were already tragically seen as a price worth paying to drive cars. VW has lost its social ‘license to operate’, should be dismembered and constituent brands given to companies that commit to honouring and improving on current emission regulations. Why not gift it to Elon Musk of Tesla fame? What could he do with those facilities, those engineers and designers, its distribution network and that brand muscle?

What does Blue and Green think about a free market? We think it would be a very good idea. But if politicians can’t give us a free market that works for everyone, we’d rather try something else.